With most having bid their adieu to CAA 2014 already it is important to remember the insights that may be gained through reflection. There was too much that happened for one blogger to recount along. Luckily, I was with an entire team.

We covered everything from coffee shops to pop up shops, art exhibitions and happenings far beyond the halls of the conference hotel.

I would just like to recount some of my favorite events, openings, and panels – also, it’s critical that I give shout outs to my fellow bloggers by pointing out some my favorite posts and interviews:

Conor Moynihan had one of the best and most elaborative early interviews; Given Conor’s studies of contemporary art from Iraq and Iran this was a very well-executed piece! The subject: Contemporary art from Islamic lands, and the panel “Restructuring the Fields: The ‘Modern’ in ‘Islamic’ and the ‘Islamic in ‘Modern’ Art and Architecture” which was moderated by Dr. Esra Akcan and Dr. Mary L. Roberts. By reading Conor’s interview, it felt as though I had been at the heart of the dialogue. La Keisha Leek was no doubt one of the most prolific bloggers on the team. Throughout CAA I saw her numerous times. She often disappeared immediately without a trace. However, it was evident that there was barely anyone La Keisha did not engage with.
From interviews with Shannon Stratton, Jessica Cochran,and Samantha Hill to directing traffic to Chicago’s exhibition spaces, I have one things to say to La Keisha: #speechless Meg Santisi was serving up her own unique breed of posts, interviews, and retrospectives. At one point, I asked Meg if she could juggle. She responded by juggling five hats and an elephant all at the same time – on day one. Kudos Meg. Read Meg’s interview, Fashion-As-Art, with Debra Parr here. Daniel Scott-Parker. I have never seen more pictures one human being in one place in my entire life! Daniel is a curator in his own right. 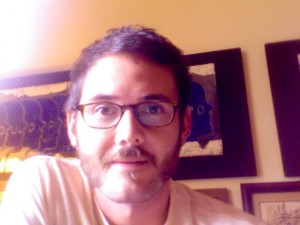 I could not be more impressed with Julynn Wilderson‘s covering of one of the most interesting panels of the conference: The M Word. Also, I was captivated by her engaging questions for Mel Potter in the interview, Social Paper. Last, but not least is the ever-mysterious Sid Branca. During the conference, Sid revealed incredibly eclectic interests, a talent for organizing multiple events – i.e. The New Media Caucus, and that she is no amateur to blogging. Special Thanks to Amy M. Mooney and Duncan MacKenzie OBE.

Reflecting on The Conference. CAA 2014 in Chicago.

With most having bid their adieu to CAA 2014 already it is important to remember the insights that may be gained through reflection. There was too much that happened for …