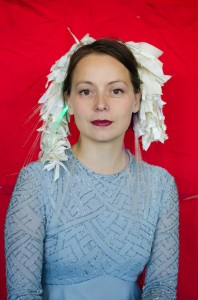 I am always in constant thought on the interdisciplinary universe in which I am embedded. In addition to social practice, for me Chicago seems to be at the center of that place at the moment. Those closely connected to this are practicing artists-art administrators-educators-curators.

Before a short lunch break and attending the ARTspace session Services to Artists Committee Meta Mentors: The Deluge at 12:30pm today, I offer this interview with Shannon Stratton.

Shannon Stratton: The Executive Director (and founder) of Threewalls, a grass-roots arts organization for contemporary art founded in 2003.

LL: Tell me about your curatorial practice?

SS: It is probably accurate to say it is all over the place. I am interested in a lot of things, too much of the time, so I get to curate what comes together in time, with a venue, artists, funding etc. I don’t get to curate at Threewalls that often. The program is primarily curated by the arts community, through an advisory board made up of artists from emerging to established. I probably put a show together there once a year, sometimes not at all. I curate outside the gallery, but that can take a couple years to get an idea accepted by another organization, the funds raised and the project executed. But besides all that: I’m interested in curatorial constraints, I’m interested in space, I’m interested in finding ways of developing exhibitions with artists not around them. I was an artist once too, so curating keeps me involved in studio practice in a way that is very fulfilling because I get to be in so many studios, to develop projects with artists I love.

LL: When did feminism enter the discourse for you and how has that continued to inform the ways in which you approach exhibition making and thinking about contemporary art?

SS: I was a Fiber graduate student, as well as studying it in undergrad. That discipline tends to be heavily informed by feminism, so I think my mentors really provided that backbone from an early age, both overtly and unintentionally. I also identified as a feminist as a teen and never wavered from that, never felt shy about it, so I think that identification must run deep in all that I do. At the same time, I can’t point to any professional undertakings and say: this has a feminist agenda, even though if one looks at Threewalls exhibition history as notices the high percentage of female and feminist artists in our exhibition archive. It’s interesting to me that that is the case, and frankly says more about the continued discrepancies in the visual arts. I have an artist advisory board of all genders, races and ages, making most of these decisions, and they are looking for the strongest work, that needs exposure, that is the most important work to support and see now. Its interesting that the results are predominantly women, at all career stages, whose work is still under-represented yet undeniably strong. But as far as Faith goes, this was a decision I made that felt important and close to me. Faith Wilding is an artist that I think most young artists, especially young feminist artists learn about and read. When I learned of her Women’s Art Caucus award I was sort of floored to realize she had never had a retrospective of her work, at 70! So that’s how that started. 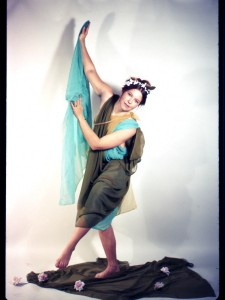 SS: To piggy back on the last question – really through the recognition that she hadn’t had this kind of exhibition before and it was time. It was time for Faith, but also it was time for art. Feminism is on people’s minds, as it should be – back with a vengeance perhaps? And so looking at the work we were going to show it was apparent that these images needed to be seen, some again, some for the 1st time. In part because some of this image making really resonates with drawing and painting practices that are emerging again, now, and in part to see what 40 years of being a feminist looks like, privately, in an art practice that has been consistent alongside all of Faith’s other activities of teaching, lecturing, collaborating and so on.

LL: The presence of Virginia Wolfe appears several times throughout the exhibition, as language and as portrait. The same is to be said for a few other themes. With such a vast body of work to pull, tell me about the honing in process and how certain forms and ideas came to be those that would speak to Wilding’s practice in this exhibition?

SS: What was amazing to me was how consistent the work was over 40 years, even if there were a few stylistic shifts. Across 4 decades the work maintained these themes about the body and emergence and recombination: cocoons, moths, mermaids and other hybrid creatures, wombs, leaves/pods, etc. They occur again and again. And they form an interesting trajectory away from Womb Room and Waiting, Faith’s iconic early work. Really, waiting, transforming and emerging are consistent throughout – whether that waiting is anticipating or resting, so it became very easy to make selections that highlighted different times in her practices without resulting in a tangled show. Also Faith’s material handling and use of color is quite consistent throughout her lifetime. She is a fabulous colorist.

LL: As a curator and arts administrator whose work extends far beyond an academic institution, how important do feel the role of arts education to be?

SS: I think arts education, for everyone, from grade school onwards is a necessity. The art encounter is where new understandings emerge – it doesn’t have to be pretty either, the art encounter can bring forth ugly stuff too. Arts education is valuable, not to teach people exactly what an art work means, but to get them comfortable with approaching art, with hanging out with it, with having complex feelings towards it. Beyond that – the cost of a BFA or an MFA at the vast number of schools that keep adding and expanding arts programs is problematic. It makes art look like an elite product. This imbalance has to be corrected.

LL: In what ways does CAA’s annual conference assist in this effort for emerging art historians, curators and artists?

SS: I’m not sure of CAA’s value at this point. I think it’s an old model that needs some serious rethinking. The panels could be of great benefit to students, but its prohibitively expensive to attend. (Unless you go to just Artspace stuff)  And even those who work in the field are hard pressed to afford attendance unless their institutions pay for it. I could go on, but I’ll leave at that. Who is it for as a professional organization and is it really meeting those needs? And further to that, what ways are artists, critics, curators getting together to talk about work that are more accessible? More contemporary? There is a huge emphasis in institutions that their faculty or students join and attend CAA rather than an acknowledgement that artists are doing plenty of interesting things outside this model to support one another. Art historians of course, are welcome to feel differently. Maybe there are just too many ways people work in the arts these days to have one professional arts organization that can serve everyone.

LL: What exhibitions or programs going on during CAA are you looking forward to attending while in Chicago?

SS: I am looking forward to going to the Center Will Not Hold panel at SAIC on Thursday. Faith is reading from her memoirs on Friday, so of course I’m excited about that. Anthony Romero and Jillian Soto have organized an event The People in Dining Room 5 Wish to Have Your Attention at the Hilton that is parallel to the conference – a kind of intervention event, which I’m going to check out Saturday morning. And as always I look forward to seeing old friends and getting caught up in the hotel bar. You don’t have to register for that.

I am always in constant thought on the interdisciplinary universe in which I am embedded. In addition to social practice, for me Chicago seems to be at the center of …