<![endif]--> A Moment With Ivan Gaskell | Columbia at CAA

On DAY TWO: I spent the morning at Music & Visual Culture: Assessing the State of the Field and the afternoon swamped in writing for the blog. Thankfully, I had just enough time to catch the Q&A portion of Objects, Objectives, Objections: The Goals and Limits of the New Materialisms in Art History.

I am so glad I made it.  The room was packed. Everyone in the audience had eyes locked on the panelists; the papers must have been thrilling. I caught the end of Michael Schreyach‘s excellent paper, titled New Materialism’s Renunciation of Meaning.  As best I could tell, Schreyach’s essay critiques the methods used to locate meaning and to generate value. What bad luck to have missed the entire paper! (I have since bought the recording). As Schreyach finished, moderator Ben Tilghman opened the room to questions. The audience had many.

And one question struck right to the heart of the matter:

Q: Does any interest you may have in a thing as an artwork necessarily exhaust your interest in it?

The panel needed to hear it asked once more…

Q: Does any interest you may have in a thing as an artwork necessarily exhaust your interest in it? 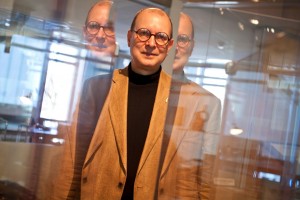 The question came from by Dr. Ivan Gaskell, Professor of Cultural History and Museum Studies at Bard Graduate Center. His question is at once simple and complex, one I wanted to be sure to share on this blog.

I followed up with Dr. Gaskell via email, for the exact phrasing of his question and to ask if he’d be willing to explain his thoughts in asking it. His email responses have been incredibly generous. I have copied part of his response below. Thanks to Dr. Gaskell for allowing me to share his thoughts:

Yet further, why should we assume that an artwork is always and invariably an artwork? Goodman proposes (though his account is incomplete) that what people recognize as artworks are not necessarily ontologically so, but function as artworks contingently when he points out that “What is art?” is a bad question, the good one (he proposes) being “When is art?” On this account, the kind “art” is unstable. In Hacking’s terms, art is an open kind: people add to it, and subtract from it. However, I hold these to be asymmetrical actions, it being easier to do the former than the latter. Tonight this must remain an assertion, though I have demonstrated this claim elsewhere in the course of refuting the commonly held idea that what an artist states to be art must be art.

In light of Dr. Gaskell’s comments I am left questioning my own methodologies. I am seeking out the WHEN-IS-ART, particularly in thinking about performance art and time-based media. Where exactly does the material of a performance reside?  And how does an object change in its definition as an artwork? Without this panel and Dr. Gaskell’s question I may not have been reminded to ask…

Thank You Dr. Gaskell, and to the panel, for their excellent ideas!

Ivan Gaskell is Professor of Cultural History, and of Museum Studies at Bard Graduate Center, New York City. He mobilizes material culture to address intersections among history, art history, anthropology, and philosophy. He works on the philosophical plane of second order questioning, as well as writing case studies on topics ranging from seventeenth-century Dutch and Flemish paintings, to Roman baroque sculpture, Native American baskets, and Congo textiles. Gaskell is the author, editor, or co-editor of eleven books, and has contributed to numerous journals and edited volumes in history, art history, and philosophy.

A Moment With Ivan Gaskell

On DAY TWO: I spent the morning at Music & Visual Culture: Assessing the State of the Field and the afternoon swamped in writing for the blog. Thankfully, I had just enough …