<![endif]--> Thank you James. Thank you Theaster. | Columbia at CAA

In 1963, James Baldwin published  The Negro Child – His Self-Image; originally published in The Saturday Review, December 21, 1963 and reprinted in The Price of the Ticket, Collected Non-Fiction 1948-1985, Saint Martins 1985. Baldwin wrote: 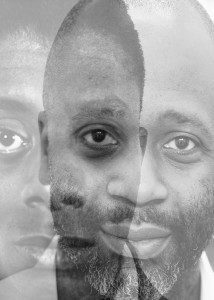 A society, in turn, depends on certain things which everyone within that society takes for granted.  Now the crucial paradox which confronts us here is that the whole process of education occurs within a social framework and is designed to perpetuate the aims of society…The paradox of education is precisely this – that as one begins to become conscious one begins to examine the society in which he is being educated.  The purpose of education, finally, is to create in a person the ability to look at the world for himself, to make his own decisions, to say to himself this is black or this is white, to decide for himself whether there is a God in heaven or not.  To ask questions of the universe, and then learn to live with those questions, is the way he achieves his own identity.  But no society is really anxious to have that kind of person around.  What societies really, ideally, want is a citizenry which will simply obey the rules of society.  If a society succeeds in this, that society is about to perish.  The obligation of anyone who thinks of himself as responsible is to examine society and try to change it and to fight it – at no matter what risk.  This is the only hope society has.  This is the only way societies change.”
Baldwin was an American novelist, essayist, playwright, poet and social critic who explored palpable yet unspoken intricacies of racial, class and sexual distinctions in Western societies, most notably in mid-20th-century America.
On Saturday, February 15, 2014, I enjoyed all of the presenters in the Creative Capital session: Nike Cave, Theaster Gates and Christine Tarkowski, but I felt the spirit of Baldwin permeating through Theaster Gates in the full Marquette room at the Hilton Hotel. Gates is a multidisciplinary artist, working with performance, sculpture, installation, and large-scale urban interventions. He received a degree in urban planning, but also studied ceramic. This combination of fields informs the multifaceted approach to his artistic practices. His works are not just objects. He manipulates, reconstructs, and activates them in order to breathe further life into the end result.
During the session, Gates presented a chilling picture of a crumbled photograph of Martin Luther King, Jr. inside of a locked glass case. The relic was left at one of the many closing schools in Chicago. Understanding the multifaceted meaning, Gates used the imagery as a provocative art installation and as a compelling symbol of educational inequality. Immediately I felt a reverberation of Baldwin’s position and thought about my responsibility as an artist. I, too, must observe our world and try to change it no matter the obstacle.

Thank you James. Thank you Theaster.

Thank you James. Thank you Theaster.

In 1963, James Baldwin published  The Negro Child – His Self-Image; originally published in The Saturday Review, December 21, 1963 and reprinted in The Price of the Ticket, Collected …