<![endif]--> The future is so bright, we gotta design better shades for everyone | Columbia at CAA

What is the role of artists, creative thinkers and innovators in navigating the rapidly approaching and sometimes dismal looking future? I chatted with Mat Rappaport who is co-chairing the panel “Designing a Better Future: A Participatory Platform for Exchange.”

Julynn Wilderson: Tell me a little about this panel and how you got involved with it.

Mat Rappaport: I’m the co-chair of the panel with Jacki Apple who is a faculty member form the Art Center in California. This is the third year the Jacki has done a social practices related panel. I am on the Services to Artists Committee, and one of the main responsibilities is to organize the events around ARTspace which is the new literally physical space but also a series of activities that are dedicated to artists at CAA. Whereas the rest of CAA is typically dedicated to academic production, ARTspace in particular really services the interest and the needs of artists and arts members of CAA. So, as part of that committee, Jacki and I were teamed up.

It’s actually a non-panel panel in that it’s meant to be very conversational and it’s meant to engage both the listed participants with the audience in an exchange of ideas. Whereas is a traditional panel, the majority of time is spent with the panelists presenting their work, in this panel the participants get basically an introductory seven-minute spot after which we’re breaking into conversational mode. You’ll notice that it’s actually much longer than a traditional panel, and we’re splitting it into two halves. The first half of the panelist will go at ten o’clock and we’ll discuss their ideas and the models that they’re introducing, then people are invited to go for lunch, and we’ll all come back and the next group of people will go. So yeah much more leisurely and interactive. 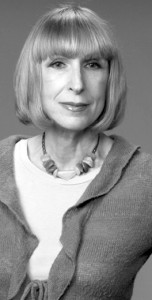 Co-host Jacki Apple in 2012 when she was named Distinguished Teacher of the Year by the CAA. Image courtesy of Art Center College of Design.

JW: What about this panel and its theme were particularly captivating to you?

MR: I think two things. One is that I’ve often been interested in intersection of art, politics, and activism. I’ve also personally been committed to the very least working across disciplinary boundaries within my own practice but I also always valued that in other practitioners. This panel is set up so that the people presenting are not all artists, they’re not all art historians. Some people are coming are coming from outside of those traditions and I just find that that kind of combination of disciplines coming together to look at social change compelling. It brings all the tools possible together with considering how to move forward with the challenges of our time. 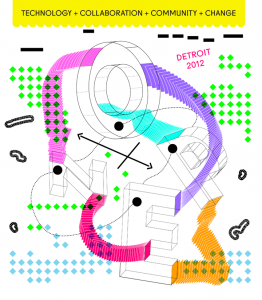 The Work Department and ArtServe Michigan were part of a group of communities which co-sponsored the Technology, Collaboration, Community, and Change event in 2012. Image courtesy of theworkdept.com.

JW: It looks like a lot of these panelists are interested in technological innovation as well as attending our relationship to the earth.

MR: Yeah, that’s true. There are incredible diverse projects. Some of them are hyper local, some of them are more global in scale, but all of them are utilizing creative problem solving to look at really serious issues. Ric Edinberg is presenting, and he’s going to be talking about this project that he’s working on, and it’s a multi-national team that is looking at coffee growing as a model in Africa so that the farmers can figure out supply chain and work flows that allow them to garner the maximum benefits from their labor. His background is originally as a printmaker in undergrad and then he went to graduate school at the Illinois Institute of Design and now he runs a consultancy. So a very diverse set of influences that come together in his practice.

We also have two people presenting from Detroit, we have Nina Bianchi and Cezanne Charles and Cezanne Charles is an arts administrator from Art Serve Michigan and she is a young artist organizer who has done a number of really interesting projects. She’s going to be presenting on the Detroit: Project Archive and The Work Department which are two of her projects which include activities like pulling community members together and pulling together hyper local communities to create shared wireless networks as means of both sharing resources and also sharing information.

We have Lorraine Leeson. She’s doing a project called Active Energy where she’s been working with a group called the Geezer’s Club who are senior citizens who have been looking into how to work with their local communities. They’ve been trying to kickstart interest in innovations utilizing tidal flows to generate electricity. It’s about advocacy. They’re not literally engineering it, but it’s advocacy for picking up these potential solutions that maybe have lost favor and empowering artists in this whole community who are often not as visible. 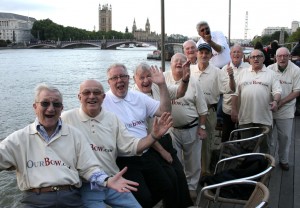 JW: Going off of what you mention as art practices which are both local and global in scale, is there anything that having CAA in Chicago presents as a unique or local opportunity relating to this panel?

MP: We were able to pull the folks down from Detroit because CAA is in Chicago and because of the close proximity of Chicago and Detroit, otherwise I’m not sure what would have happened. Nic Edinburg is located in Chicago, his company is actually a global consultancy but the US office is in Evanston, so we wouldn’t have been able to have him be present. A lot of these people are not necessarily your typical CAA. Nic Edinburg for example is much more innovation and design oriented practitioner than an artist or art historian, so the fact that the conference was local to him made it attractive and made that connection happen.

We did have, and he unfortunately had to drop out, Gary Rozanc, was formerly a Columbia College professor and his presentation matter was titled, “How can we train students to solve 21st century problems in an era of collaborative innovation,” and it was largely based on work that he had done with a colleague at Columbia College to revise the design curriculum and ask how do you train designers to solve 21st century problems, not just aesthetic problems.

JW:It seems like a very diverse and hopeful panel.

MR: Yeah I think that both Jacki and I feel like we have a number of significant challenges, and I know Jacki is politically active, and she’s also in California right now dealing with this nearly unprecedented drought situation, you know. How do we activate the skills and all the training that we have as artists and designers and use it to solve really present and timely problems? At the very least, how do we become part of that larger dialogue?

The future is so bright, we gotta design better shades for everyone

What is the role of artists, creative thinkers and innovators in navigating the rapidly approaching and sometimes dismal looking future? I chatted with Mat Rappaport who is co-chairing the panel “Designing …