Anyone interested in audio for visual media should attend!

Mr. McCarty will focus on what he considers to be the current/next generation technologies, practices, and standards in audio for visual media (film/TV/games) and on the implication of these emerging technologies/practices/standards to the audio curriculum of a media-production focused educational institution. A question and answer session will follow the presentation. 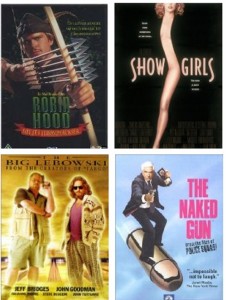 Mr. Brian McCarty has a music and film recording career spanning over 60 Hollywood films, including participation in the team nominated for numerous “Best Achievement in Sound” Oscars (Altered States, On Golden Pond, Dick Tracy). He is the Chair of AES’s (Audio Engineering Society) Sound for Digital Cinema and TV Technical Committee and owner of Coral Sea Studios in Cairns, Queensland Australia.

Originally from Chicago, Brian started his music recording career in Denver, Colorado, after attending De Paul University.In addition to his career in film sound, Brian was a consultant and project manager at Bose Corporation managing the design and launch of a new professional audio product.This took him to Mainland China where he has been active in their film industry since 1984, assisting in the revamp of recording facilities there and teaching production sound recording.

Mr. McCarty is chairing a new technical committee established by the Audio Engineering Society named “Audio for Digital Cinema and Television.”  “In simple terms, what is recorded digitally in the studio does NOT sound the same at the theatrical end,” McCarty says. “As an art form, our goal should be consistency of sound quality. Acoustical design of theaters is typically incorrect for sound reproduction in large rooms. Current soundtrack EQ reproduction curves are inconsistent with large-room audio practice and with the rest of the audio industry. And, loudspeaker technology typically used in theaters has yet to be optimized for proper playback of wide bandwidth soundtracks.  Basically,” McCarty concludes, “the current digital cinema audio system is simply not the best we can do.”

He also chaired the “Sound for Picture” track at the San Francisco AES Convention in October 2012.