Most everyone knows that Chicago recently hosted the 2015 NFL Draft festivities (April 30 – May 2, 2015). Only few know that eight AA&A alumni and one current student from our Live & Installed Sound degree major led or held key positions on most stages set up for the event. Under ECTO Productions, an alumni-owned A/V Production company based in Elmhurst, IL, they worked on state of the art equipment (including Meyer Sound’s LYON line array loudspeakers) to deliver professional audio throughout the three days of events. We are excited to introduce these accomplished graduates to you:

Congratulations, Team! This project was a major challenge, watched by thousands live and broadcast to millions. You make us proud! 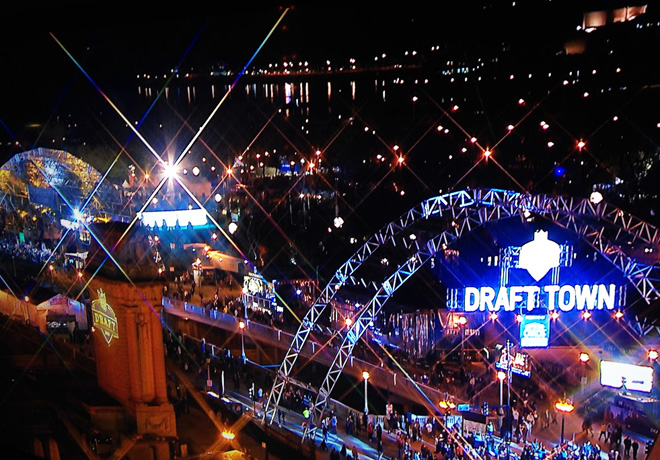