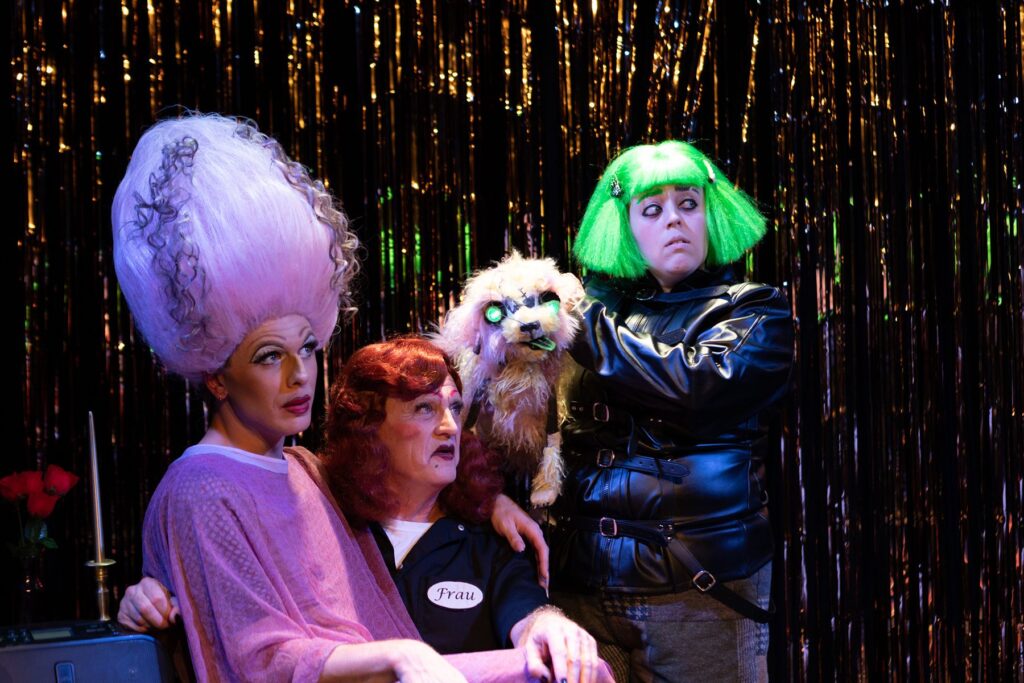 Columbia College Chicago Theatre Department alum Tyler Anthony Smith ’17, a graduate of the Theatre Department’s BA Program in Acting, won a rave review in the Chicago Reader for his comedy Frankenstreisand, running through October 31 at Redline VR, 4702 N. Ravenswood, Chicago. Smith wrote and stars in the play, which is presented by Hell in a Handbag Productions, which Smith is a company member of. (For tickets, click here.) “Dr. Barbra Joan Frankenstreisand (Tyler Anthony Smith)—that ultimate hyphenate: superstar-mad scientist—has commandeered the stage at the Raven Room at Redline VR bar for what she calls a ‘clone-cert’ to duplicate her beloved and very dead pooch,” explains Reader theatre reviewer Matt Simonette in his review. “Few theater companies understand characters toeing the line between stardom and monstrousness like Hell in a Handbag Productions. Frankenstreisand, just in time for the Halloween season, crosses that line brilliantly into horror parody in its hilarious depiction of Dr. Frankenstreisand’s inept attempts at cloning and/or necromancy (the main characters initially are unsure whether they are duplicating the dog or bringing her back to life). The good doctor is accompanied onstage by her lab assistant, the Hunchback (Dakota Hughes, also the musical director), whose eagerness to please their mistress is matched only by their ineptness, thanks to a limited attention span and stumps for hands. Housekeeper Frau Fräulein (Brian Shaw), the very embodiment of weltschmerz, offers dry commentary and loads CDs as the cast cycles through highlights from the Streisand songbook.. . . Smith offers a terrific depiction of Frankenstreisand and really looks and sounds the part—with one exception where he lip-synchs, it’s him singing those Barbra songs. Smith’s generosity as both a writer and performer—ironic as he’s riffing on a person noted for being a control freak—is evident from all the moments the Hunchback just beams in Frankenstreisand. Hughes, a fabulous singer, is a standout.” 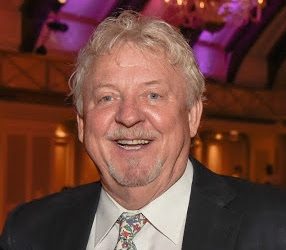 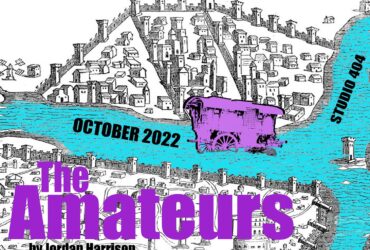