Have you ever covered an exciting event only to struggle deciding how to begin telling the story? Do you have a hard time finding the best structure for your article? If so, don’t be worried. These are among the common issues journalism students encounter in reporting, said Nancy Traver, who was the long-time writing coach in the Journalism program. Trevor moved this year to Washington, D.C. Before she left, she shared some of her best tips.

Her first and most important tip: “When you’re covering something, you ask yourself what the crucial facts are, and think, “what’s the lead?”

Traver said students should in the mind-set that organizing an article is a process that can begin on the way back to the newsroom.

“Make every minute count,” she said. “Writing starts in your brain, it doesn’t start in your fingers.”

After teaching journalism for more than 20 years on four different campuses, Traver said she’s come to believe that every reporter will always benefit from working with an editor. She offered this advice for students stuck on developing their lead.

“Think: what is the most controversial or interesting thing in the event I just covered? That should be your lead. Your lead is like a road map.”

Her whirlwind career began with earning a degree in journalism from the University of Colorado in Boulder. After graduating, Traver was hired by a small newspaper where she had to pass through the reporting gauntlet.

“I was the whole staff,” she said. “I had to do the interviews, take photos, lay out the story, layout the ads, and more.”

Traver worked for the Associated Press in Denver, and later in New York City, overseeing global reporting projects. Her job at the AP took her to Moscow on assignment. In Russia, she connected with Time Magazine, which hired her to cover politics in Washington D.C.

Social media tools such as Twitter and Vine help students organize their story because it forces them to edit and tweet out the most important things, according to Traver.

“The process of reporting is clarifying, not simplifying,” she said. “Makes you faster because you’re thinking visually, think in headlines, throughout the day.” 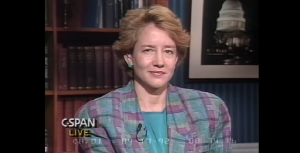 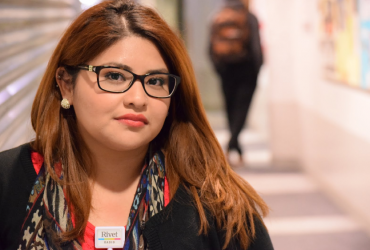 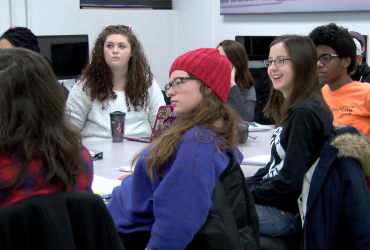 Next Article   News with a laugh: A new course in comedy journalism debuts