Alumni, Archive Comments are off 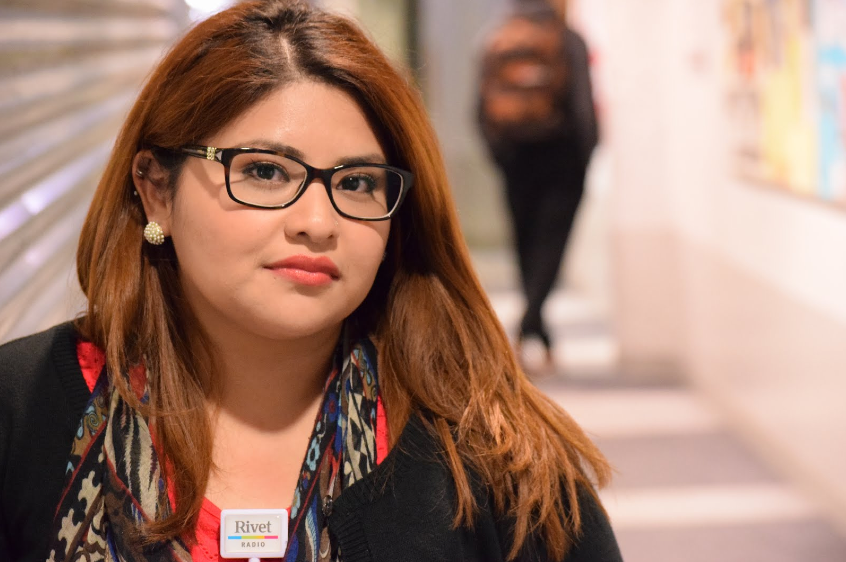 New York City native Ellie Gia always knew she had a skill for writing but wasn’t sure how to nurture her talent. After working in a city she called “too competitive and expensive” she followed a friend’s advice and applied to Columbia College Chicago’s journalism program.

“I wanted to tell stories and make a difference,” she said.

Upon arrival, Gia says she was “blown away” by the department’s multimedia convergence newsroom. She was similarly impressed by the professional level of The Columbia Chronicle and Echo, the student-run magazine.

Originally, Gia, who lives in the Pilsen community, wanted to focus her studies on newspaper reporting. She moved on from that to exploring broadcast journalism but eventually settled on radio.

“The minute as I started editing sound and producing promos, I just knew I needed to be in radio,” she said.

After graduating in 2014, she was hired by Rivet Radio, a digital news-broadcasting platform. She curates news for Intercall, a program that plays news while people wait to join a conference call.

“Radio is much more rich in sound,” Gia said. “TV is upfront, you see everything. Radio is stimulating to the mind.”

Gia, who is of Mexican ancestry, identifies as a first-generation, bilingual Latina. It’s an identity she says carries the “weight” and “responsibility” of connecting people to different cultural worlds. Because she is the first in her family to graduate college, her family initially was apprehensive about her career choice, she said.

“My mom wanted to make sure I studied something that made money,” she said.

While in undergraduate studies, Gia was president of Hispanic Journalists of Columbia. Her duties included helping to build conversations about the “Latino aspect” of news and encouraging people to engage in extra-curricular activities. It turned her mother around. “When I got involved with HJC, she was proud of my work and would tell people proudly that her daughter is studying journalism,” Gia said.

For her, being involved in HJC was a game-changer.

“That’s how you meet people who are interested in things you don’t know about,” Gia said. “That teaches you creative ways to tell stories.”

Gia is especially proud of the organization’s annual magazine.

Professor Elio Leturia “would overlook post-production and make suggestions,” she said, “but the design and production would come entirely from the group.”

A professional journalist that Gia admires is National Public Radio’s Maria Hinojosa, host of Latino USA. Gia often listens to the program and imagines being in their production meetings.

Her work “exemplifies a level I want to reach someday,” she said. “That’s the storytelling that I want to do.” 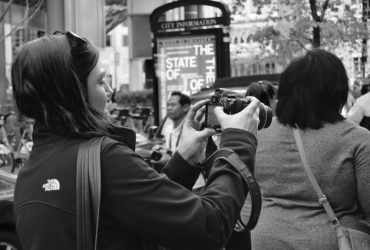 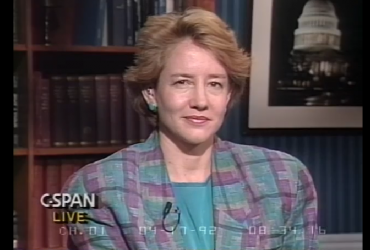 Next Article   Tips from our long-time writing coach