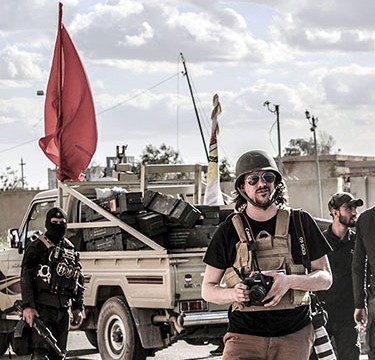 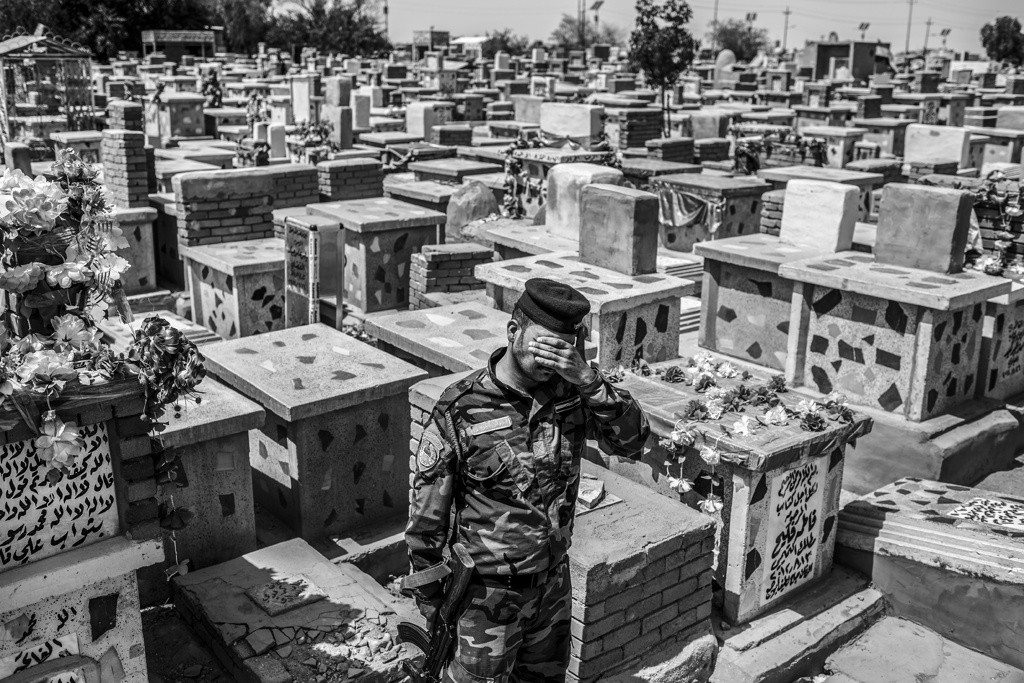 A family member of Amjed Wathah Aziz, 33, places prayer beads and a marker on his coffin as they take his body to be buried in Wadi Al-Salaam in the holy city of Najaf. Wathah was shot and killed in a firefight with ISIS on Tuesday fighting with Hashd al-Shaabi in Al-Fatha near Tikrit. He left behind a wife and two sons. Wednesday, April 8, 2015. Najaf, Iraq. (Photo/Alex Wroblewski)

For the past three years, Columbia College journalism student Alex Wroblewski, 28, has applied for the highly competitive Thomas Morgan Visual Journalism internship at the New York Times. This year, he finally got it.

Wroblewski, who said he was not surprised it took multiple attempts to be awarded the internship, will be shooting daily assignments for The Times for three months this summer. He said he hopes to also develop a personal project during the internship to add to his portfolio.

“I’m super excited to be working alongside such a creative staff,” said Wroblewski, who also was just named the 2016 Student Still Photographer of the Year in the “Eyes of History” student contest held by the White House News Photographers Association.

Wroblewski said he is majoring in reporting to get a more well-rounded skill set.

“Through Columbia I’ve learned skills that are useful in the field,” he said “It’s very hands on and all the professors are very experienced, and focused on the way that journalism is moving online.” 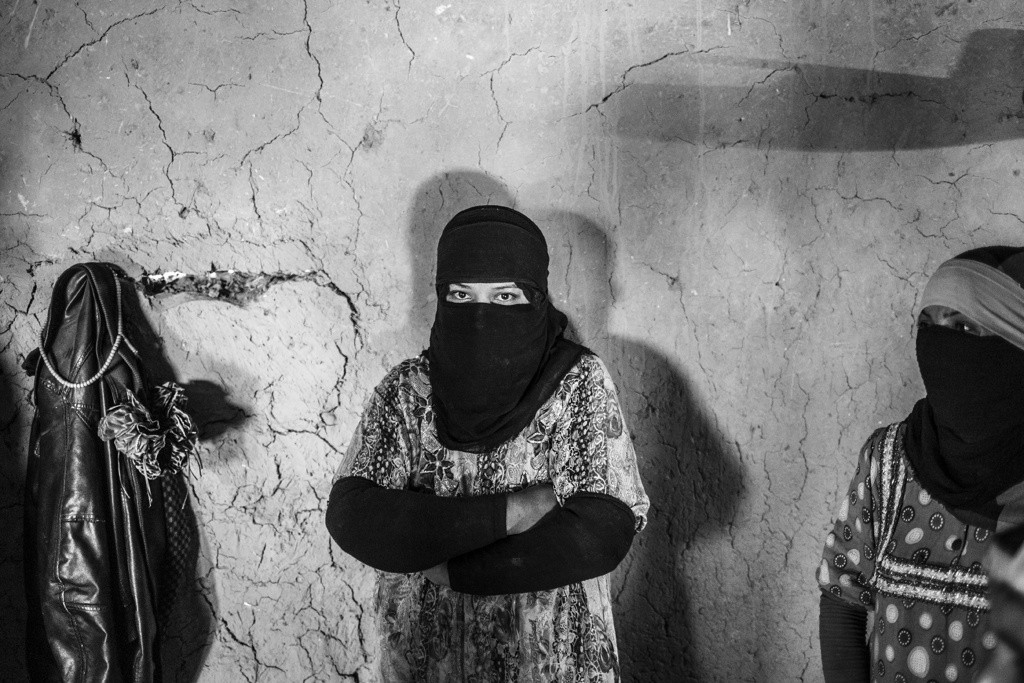 Wrobleski didn’t start out in photojournalism. He was a truck driver before freelancing at a small newspaper. There, the began documenting concerts and eventually received assignments to capture events like parades and press conferences. Through those experiences Wrobleski said he slowly got more involved in the journalism process.

“That’s where photography and journalism connected,” he said. “I started developing an interest in telling [public interest] stories.”

With a freshly developed interest in public affairs-focused photojournalism, Wroblewski traversed the city, finding ways to visually tell the stories he found interesting.

“The camera was a vehicle for me to meet different people in communities and tell their stories.”

Wroblewski, who will graduate this spring with his bachelor’s in multimedia journalism, said the time is ripe for young photographers like him to share their work digitally and connect with opportunities around the world.

“There are a lot of online brands that are serious about using good photographers and using compelling images to help tell their story,” said Wroblewski, who also won a national college photography award this past year for images he captured covering the battle of Tikrit in Iraq.

He said compared to when he first started at Columbia, the options for sharing portfolios with editors has expanded greatly to include blogs and social media platforms.

“It’s not like it was in the past where you had to physically sit down and show [editors] your portfolio,” he said. “It’s an exciting time to be a journalist.“