“We are thrilled to announce the second Madeleine Moore Burrell Playwriting Fellow,” said Rosita M. Sands, interim dean of the Columbia College Chicago School of Fine and Performing Arts, in announcing Garrett’s residency. “Not only does this residency provide fellows with the opportunity to mentor and share their particular expertise with students who are at various stages of preparation for future careers, but the fellowship also gives our students the opportunity to engage in academic and preprofessional opportunities that highlight a range of theatrical experiences rooted in African Diasporic aesthetics and cultural traditions.”

The fellowship was created to advance Columbia College Chicago student learning, to support new play development by providing resident playwrights with resources and time to write, and to strengthen Columbia’s commitment to cultural inclusion by exposing faculty and students to a broad pool of playwrights, particularly those representing communities of color.

Keli Garrett is a Chicago-bred, California-based theatre artist of national stature, whose plays and adaptations have been produced and developed at Sleeping Weazel in Boston; the One Coast Collaboration Festival in Seattle; Mixed Blood Theatre in Minneapolis; Penumbra Theatre in St. Paul; the Zoo District Theatre in Los Angeles; Rites and Reason Theatre at Brown University and Providence Black Repertory, both in Providence, Rhode Island; California College of the Arts in San Francisco; the Playwrights Center; Victory Gardens Theatre, City Lit Theatre Company, the Chicago Theatre Company, and the Organic Theatre in Chicago; and, in New York City, Dixon Place, The Women’s Project, The LAByrinth Theatre Company, New York Theatre Workshop, The 24 Hour Plays, and Playwrights Horizons. Her work has been commissioned by the Ensemble Studio Theatre in New York City, the Rhode Island Arts Council, the Joyce Foundation and City Lit Theatre in Chicago, and the Rhode Island School of Design Museum of Art in Providence. Her work is anthologized in Contemporary Plays by African American Women: Ten Complete Works, published by the University of Illinois Press. Born and raised in Chicago, Garrett is a writer, director, and performer. She holds a BA from Columbia College and an MFA in Creative Writing from Brown University. She is now based in based in Santa Monica, California.

“My time at Columbia College Chicago helped me find my voice as an artist and to think more completely about what that meant. Overall, I felt tremendously supported by members of faculty,” said Garrett about her time at Columbia College Chicago. “I feel great about returning as a fellow. It’s full circle in a way. It means a lot that the work I have done in performance and writing has brought me back to my artistic beginnings. It’s also an opportunity to work with and teach my younger peers. I’m looking forward to sharing what I know and learning from them at the same time.”

As reported previously in this blog, Garrett’s play SPACE was performed as the opening production of the 2019-2020 Mainstage Season at the Columbia College Chicago Theatre Department. Garrett worked with the company during rehearsals and attended the opening weekend to participate in a post-show talkback. Garrett was also featured in a special episode of Are Your Parents Proud of You?, a podcast created by Columbia alum Connar Brown ’19, a graduate of the Theatre Department’s BA Program in Acting with a Minor in Voiceover and a Minor in Video Production, and Theatre Department student Matthew Schufreider, a junior in the Acting BA program with a Minor in Education.

Garrett will teach the Topics in Playwriting course “Black Women and Experimental Theatre” in the Spring 2020 semester and will be working on developing a new play during her fellowship. A reading of the play will be performed by students during Columbia College Chicago’s Manifest Urban Arts Festival in May. 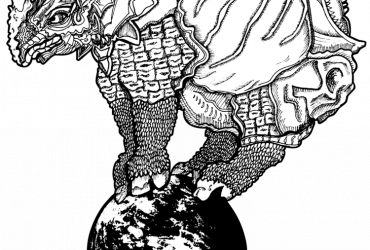 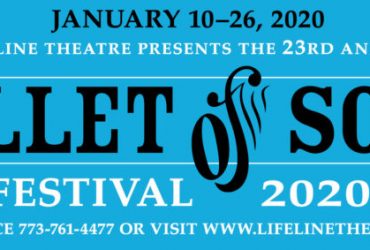