The Columbia College Chicago Theatre Department launches its 2019-2020 Mainstage Season with SPACE, written by Columbia College alum Keli Garrett ’91. Garrett, now based in California, will return to Chicago to attend the opening on Friday, October 18, at 7:30 PM. The show runs through October 26 in the Courtyard Theater of the Getz Theater Center of Columbia College, located at 72 E. 11th in Chicago’s South Loop. For tickets and showtimes, click here.

There will be a postshow conversation with Garrett following the 2 PM matinee on Saturday, October 19, led by current Theatre Department student Naiya Davis, the production’s assistant dramaturg.

SPACE washes the 1927 Mississippi Floods into the aftermath of Hurricane Katrina in 2005. The collision of these two historical events exposes harsh truths that disasters – natural or man-made – have a way of revealing how easily a civil society can crumble under the weight of racial terror and environmental upheaval.

“A great number of playwrights, namely Pearl Cleage, Dominique Morisseau, Suzan-Lori Parks, and of course the much celebrated August Wilson, have penned dramas that travel between fact and fiction to illuminate—and legitimate—the lived realities of Black folk,” says a dramaturg’s note by the production’s dramaturg, Dr. Khalid Y. Long, a Theatre Department faculty member, and assistant dramaturg Naiya Davis. “With SPACE, Keli Garrett joins the aforementioned dramatists as she dives deep into the complexities of two major American tragedies: The Great Mississippi Flood of 1927 and Hurricane Katrina of 2005. Garrett states that her ‘impetus for writing the play was to look at those two events and to make characters who could make the events relevant, particularly considering the disparity of time between the two disasters.’ As such, Garrett invites us to explore how these two calamities–although separated by more than 70 years–parallel in terms of how they’ve impacted communities already plagued by racial and economic marginalization. In fact, it is those racial and economic depravities that are most central to SPACE. ‘I felt that Katrina,’ Garrett states, ‘in terms of how the people who were affected reacted to it, was an extension of that kind of historical dynamic going back to 1927. I think that the way so many Katrina victims reacted to being displaced, and the fact that conspiracy theories abounded, had to do with the fact that those feelings, those reactions, were rooted in a real historical context.’ The juxtaposition of these historical events sheds light on the legacy of power systems, thus urging its audiences–both the audience in the theatre and the audience who watched the events play out in real-time–to question if times have really changed.”

SPACE is directed by Theatre Department alumnus and faculty member Brian Shaw ’86, a graduate of the Theatre Department’s BA Program in Theatre. Shaw leads an all-student cast and a design/production team of faculty, alumni, and students.

Playwright Keli Garrett is a Chicago-bred, California-based theatre artist of national stature, whose plays and adaptations have been produced and developed at Sleeping Weazel in Boston; the One Coast Collaboration Festival in Seattle; Mixed Blood Theatre in Minneapolis; Penumbra Theatre in St. Paul; the Zoo District Theatre in Los Angeles; Rites and Reason Theatre at Brown University and Providence Black Repertory, both in Providence, Rhode Island; California College of the Arts in San Francisco; the Playwrights Center; Victory Gardens Theatre, City Lit Theatre Company, the Chicago Theatre Company, and the Organic Theatre in Chicago; and, in New York City, Dixon Place, The Women’s Project, The LAByrinth Theatre Company, New York Theatre Workshop, The 24 Hour Plays, and Playwrights Horizons. Her work has been commissioned by the Ensemble Studio Theatre in New York City, the Rhode Island Arts Council, the Joyce Foundation and City Lit Theatre in Chicago, and the Rhode Island School of Design Museum of Art in Providence. Her work is anthologized in Contemporary Plays by African American Women: Ten Complete Works, published by the University of Illinois Press. Born and raised in Chicago, Garrett is a writer, director, and performer. She holds a BA from Columbia College and an MFA in Creative Writing from Brown University. She is currently based in Santa Monica, California. She is a 2011 Playwrights Center McKnight Fellow. 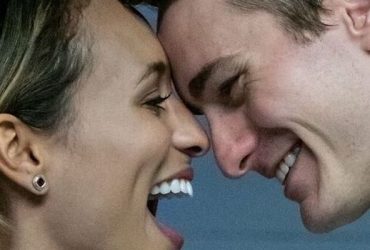