Congratulations to Columbia College Chicago Theatre Department alum Aalon Smith ’19, a graduate of the Theatre Department’s BFA Program in Musical Theatre Performance, and to current Musical Theatre Performance BFA student Bre Jacobs. They are celebrated as two of this year’s “Hot New Faces of Chicago Theatre” by Chicago Tribune theatre critic Chris Jones, whose annual listing of “new Chicago actors you should know” heralds the city’s emerging theatre talent — “the young stars of the future whom you can see now, live, on Chicago’s stages.”

Jones praises Jacobs, a 21-year-old senior in the Columbia College Theatre Department’s Musical Theatre Program, for “her dynamic and heartfelt work in the Firebrand Theatre production of the musical Caroline, or Change” in 2018. Noting that Jacobs grew up in Kansas City, Missouri, Jones quotes Jacobs as saying: “There was no theater in my [high school]. My goal is to bring the arts into neighborhoods that don’t have them.” Adds Jones: “Jacobs says that she always wanted to move to Chicago, due to its high level of opportunity just a few hours’ drive away from her home.” Asked how she balances her schoolwork and professional activity (she also appeared in two productions at Metropolis Performing Arts Centre in the Chicago suburb of Arlington Heights, Beehive and Buddy: The Buddy Holly Story), Jacobs replies: “It’s hard, but I love it that much.”

Jones praises Smith for her “phenomenal” performance as “Dainty June” in Porchlight Music Theatre’s acclaimed 2018 production of the classic musical Gypsy. Noting that Smith “left her native Denver to attend Columbia College in Chicago,” Jones says, “even though she just graduated last spring, she’s already made her mark on Chicago’s musical [theatre] scene.” 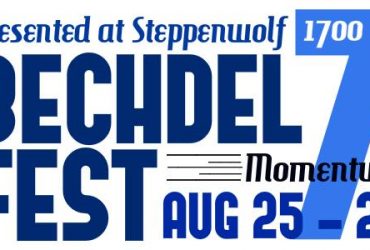