Katrina Lenk and Tony Shalhoub in “The Band’s Visit” Calling the new show “one of the most ravishing musicals you will ever be seduced by,” New York Times critic Ben Brantley wrote: “Directed by David Cromer with an inspired inventiveness that never calls attention to itself, The Band’s Visit flows with the grave and joyful insistence of life itself. All it asks is that you be quiet enough to hear the music in the murmurs, whispers and silences of human existence at its most mundane — and transcendent.” You can read Brantley’s full review here.

Cromer directed The Band’s Visit in its Off-Broadway world premiere last season for the Atlantic Theatre Company. The show, written by David Yazbek and Itamar Moses, concerns an Egyptian police band that arrives in Israel to play a concert. As reported previously in this blog, Cromer won a 2017 Obie Award for his direction of the musical, which also won an Obie Award for Musical Theater as well as the 2017 Lucille Lortel Award for Outstanding Musical. Last spring, Cromer was the commencement speaker at the 2017 Columbia College Chicago graduation ceremony for graduating seniors from the Theatre, Dance, Television, Audio Arts and Acoustics, and Creative Arts Therapies departments. You can click here to see a video of his commencement speech. 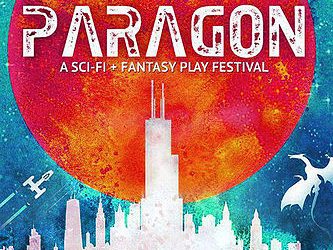