Columbia College Chicago Theatre Department alumnus A.C. Smith (BA ’86) is featured in August Wilson’s drama Gem of the Ocean, being presented in a major revival at Court Theatre in Chicago. The play–the first installment of “The Pittsburgh Cycle,” Wilson’s epic, decade-by-decade, ten-play chronicle of the African-American experience in the 20th century–concerns a former slave in early-20th-century Pittsburgh. Smith plays the ex-slave’s former comrade in the Union Army during the Civil War.

Smith, who graduated from Columbia College with a Bachelor of Arts in Theatre, has appeared in numerous plays by August Wilson, including Fences at Court Theatre (for which he won the Joseph Jefferson Award), The Piano Lesson, and Ma Rainey’s Black Bottom. Besides Court, he has worked at some of Chicago’s major theatres, including Victory Gardens, Chicago Shakespeare Theater, Steppenwolf, and Goodman Theatre, where last season he was featured in August Wilson’s Two Trains Running. He is also a company member of the St. Louis Black Repertory, the largest professional African-American theatre company in the nation.

The creative/production team for Gem of the Ocean includes Columbia College Theatre Department faculty member Heather Gilbert, who is designing the lights. 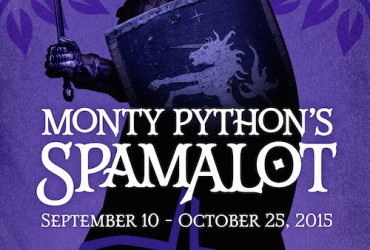