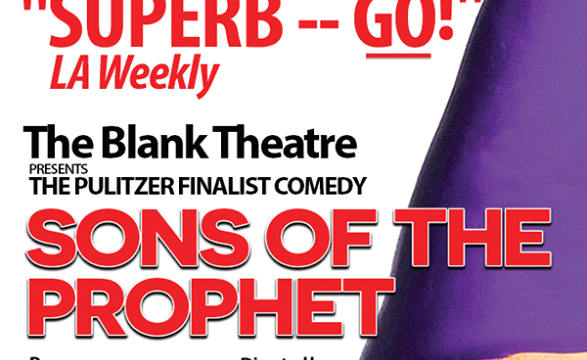 The Los Angeles premiere of Sons of the Prophet, directed by Columbia College Chicago Theatre Department alumnus Michael Matthews, has been extended through April 26 at the Blank Theatre in Hollywood. The dark comedy by Stephen Karam, winner of the 2012 New York Drama Critics Circle Award for Best Play, has won rave reviews in its LA production. “Director Michael Matthews, whose customary sensitivity to nuance and timing is on full display . . . has assembled a fine design team . . . and a wonderful ensemble,” wrote  Los Angeles Times critic David C. Nichols. And Stage and Cinema’s Paul Birchall wrote: “The work showcases Karam’s abilities in crafting character, and such emphasis plays to director Michael Matthews’ strengths:  The play boasts a cast of wonderfully multi-dimensional, likable, and vivid characters, who all somehow manage to go on with their lives, even as the universe seems to be collapsing around them.”

Michael Matthews, who graduated from Columbia College Chicago in 1999 with a B.A. in Theatre (Acting concentration), is also co-artistic director of Los Angeles’ Celebration Theatre.