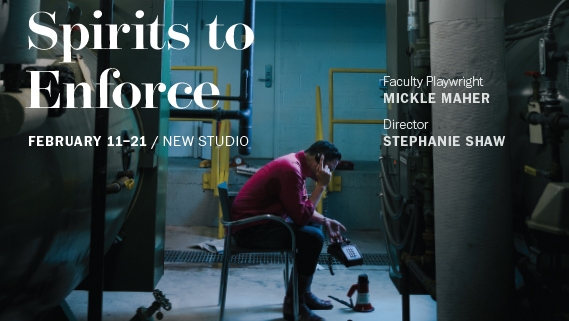 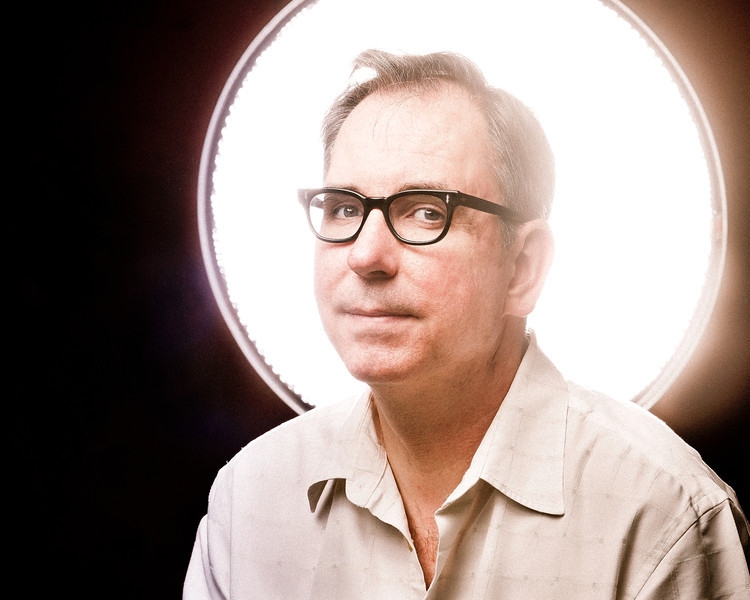 Last fall, the Columbia College Theatre Department featured Shakespeare’s The Tempest as part of its mainstage season. Now, to kick off the Spring 2015 semester, faculty member Stephanie Shaw is directing Chicago playwright Mickle Maher‘s Spirits to Enforce, which incorporates text from the Shakespeare masterpiece into a distinctly contemporary work. Maher, a mainstay of Chicago’s cutting-edge Theater Oobleck and also a Columbia Theatre faculty member, has penned a comedy about a dozen superheroes aboard a submarine doing telephone fundraising for their upcoming production of The Tempest. (The play was inspired partly by Maher’s love of comic books and partly by his experience as a telephone fundraiser for the Chicago Symphony Orchestra. And then, of course, there’s his love of Shakespeare . . .)

Spirits to Enforce is quintessential Maher: smart, unpredictable, thought-provoking, and often very funny. Premiered in Chicago by Theater Oobleck in 2003, Spirits to Enforce has been seen at adventurous theatres around the country, winning rave reviews. A critic for Raleigh, North Carolina’s Newsobserver.com called the play “a humorous and poetic picture of the struggle between good and evil, the price of fame and the value of theater” containing “so many layers that calling it a spoof of superhero comics or a riff on Shakespeare’s The Tempest doesn’t begin to catalog its wonders.” And a Cleveland Plain Dealer writer said that “Maher might just be a quirky genius.”

Maher’s other works include The Strangerer, an absurdist take on the 2004 presidential election, in which a TV debate between candidates George W. Bush and John Kerry is filtered through Albert Camus’ classic novel The Stranger,  and The Hunchback Variations, in which two musical artists — composer Ludwig van Beethoven and Notre Dame Cathedral’s bell-ringer Quasimodo, both deaf — discuss sound. 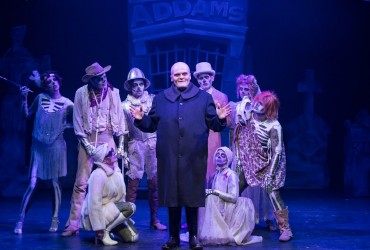