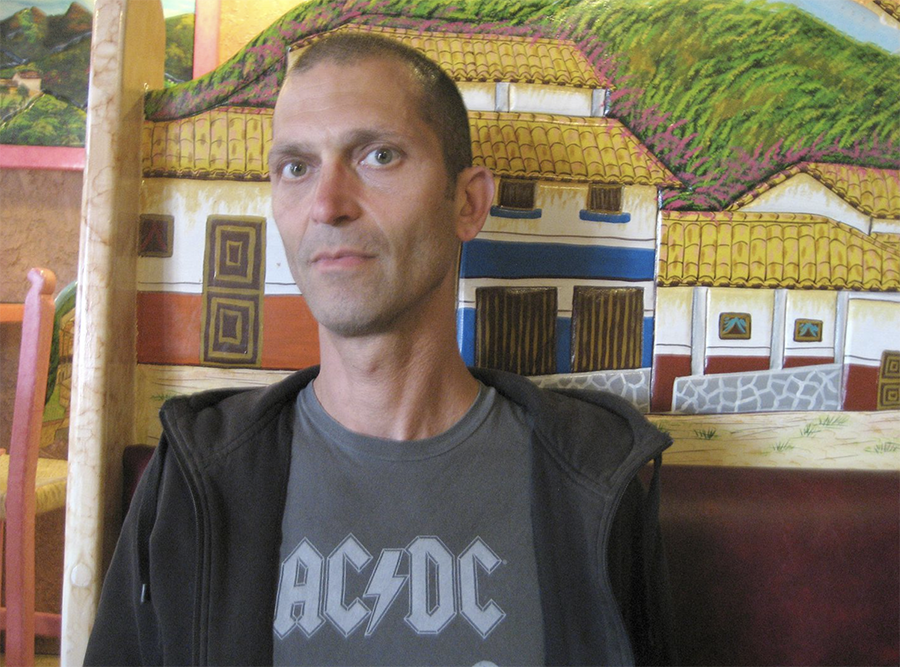 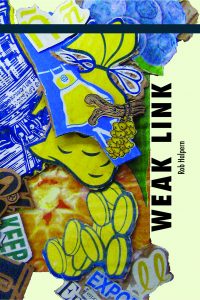 Weak Link is a collection of odds and ends from poet and essayist Rob Halpern, some of which didn’t make it into his previous books, some of which have been expanded upon or updated, and others of which are excerpts from forthcoming books. While some portions are as dense as German rye bread, the intensity of Halpern’s prose kept me intrigued and his references were surprising and frequently astute. Bit by bit, it won me over.

While he constantly switches forms throughout the book, Halpern consistently works outside narrative. He tracks ideas as he bounces them off thinkers from this and previous centuries, with a focus on language’s ability to expose and resist the forces of the colonizing state. He casts a wide net to help him think through his constellation of ideas—with appearances from the likes of Roland Barthes, Bhanu Kapil and Dodie Bellamy. “Pornotopia” is a collection of notes on pornography, queer utopia, global capitalism and the body. It builds on Music for Porn, an earlier book of Halpern’s in which he merged battlefield scenes and homoerotic affect. His view of pornography is one of queer utopic potential and language becomes a means of bringing it closer to reality:

In other words, music for a future pornotopia whose rhythms and measures are not regulated by the violence of social reproduction, and who affects are not wired to the militarization of everyday life.

In “Hoax,” the book’s opening essay, he links Decke, a lesser known Gerald Richter painting to an alternate etymology of the word “hocus pocus” dating from the 19th century, one that claims that magical phrase was derived from both “hoax” and “hoc est corpus” (“here is the body [of christ]”). It’s an essay about social mirage, about society’s ability to systematically forget images of historical violence. In Halpern’s eyes, Richter becomes a realist when he painted an abstract fog on top of a widely disseminated picture of the corpse of a political dissident who allegedly committed suicide while in police custody. However, Richter’s realism doesn’t replicate the violent image itself, but rather, portrays the collective amnesia that surrounds it. It’s a different approach to realism, one that Halpern connects to Kathy Acker’s definition of the concept, which was to construct language that wants to get at “the connections between the ‘real events,” and the holes, the silence…the interstices through which all of us fall.”

Throughout Weak Link, Halpern resists using language in any way that could glamorize suffering or oppression. This can make for tough reading, as Halpern never serenades or sugarcoats. In “THE WOUND & THE CAMP, or VISCERAL SOLIDARITY,” he directly examines whether his mission—to bridge the gap between citizen and “offsite” state violence—can ever succeed.

Put another way: “the wound” and “the camp” float away detached from the forces that makes them. They are at the same time holes in the militarized sense and common places born of property’s circulation (arms, oil, or whatever) and always at the expense of very specific bodies.

Halpern’s sentences burrow, surround, and circle back again and again. Of course, writing can never truly bridge the gap between the author’s body and the bodies displaced and attacked by the global forces. Rather than retreat from this failure, he’s made it the central tenet of his work. In failing in this way, over and over, Halpern reverses some small part of the gulf between body protected and body oppressed. He reverse-engineers the magic trick he introduces at the onset and undoes the erasure that Richter performed. Hocus pocus, his writing exclaims, behold the body.

Timothy Parfitt is an essayist and critic whose work has appeared in Contrary, X-R-A-Y, riverbabble, Thread and Newcity.
Book ReviewRob HalpernWeak Link
Share: