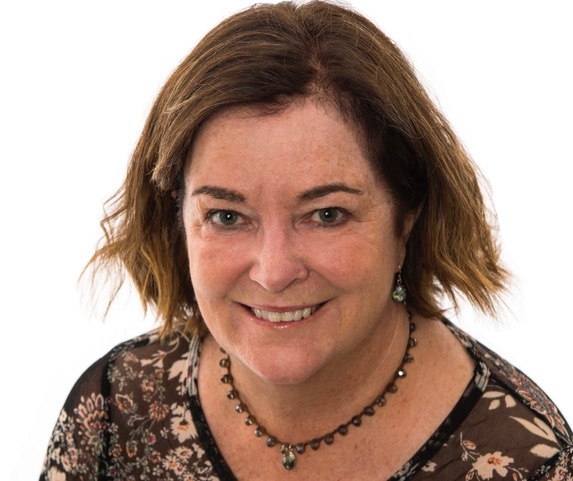 Last week I learned that my fingerprints are disappearing.  I was standing on the X outlined in pink tape on the floor, pressing the four fingers of my right hand onto the glass.  The tech nodded her head.

“Yep,” she said, pointing to the translucent box on her machine, “you see how light they are?  Especially the right two fingers?”

The machine agreed, flashing a red “REJECTED” in response to my touch.

The tech dabbed some water on the tip of each finger, then tried again.  This time the prints were darker.  We watched the machine, waiting.

I moved right, into the small box outlined in blue tape.  Standing squarely in the center, I put my left four fingers down hard on the glass.  Four very light prints appeared on the screen.  The tech administered the water treatment again.  And again.  Finally, the green light flashed.

I had gone to the police department’s live scan facility as part of a background check required for an Encore Fellowship starting in the fall, working out of the San Jose Mayor’s office.  Assuming my fingerprints pass muster, I’ll be helping the city with its Age-Friendly City program.

Encore Fellowships are for people who have retired but want to continue working and contribute to society.  The fellowships match experienced professionals with social sector organizations and local governments.  The Age-Friendly Fellowship will give me a chance to use the skills from 36 years of practicing law in a completely new way.

The tech asked if I worked in data entry.  Apparently a common reason for fingerprints becoming less visible is the constant tapping on a keyboard.

As a lawyer, I have spent thousands of hours on computers: drafting briefs, writing memos, preparing outlines for clients, responding to emails.  I type fast, “touch typing” it’s called, based on a long-ago 7th grade class on a manual typewriter in which I received a commendation for my typing abilities.  There were no boys in that class.  Now I privately gloat every time I see an older male colleague hunting and pecking.  Who knew that this one small aspect of raising girls in the 1960s would actually give women an edge when the ability to use a keyboard became a critical life skill?

As if to confirm the tech’s theory, my left thumbprint came out strong and clear, no water required.  My left thumb has swung free in all those hours of tapping out letters and symbols.  The only keyboard stroke assigned to a thumb is the space bar, hit with the dominant hand, in my case, the right hand.

Device addiction, polarization, manipulated elections, loss of privacy, identity theft, poor mental health, bad posture, obesity, the utter inability to navigate without a GPS: the ramifications of our increased reliance on technology are still unfolding, often in unpredictable ways.  Now, it seems, our laptops are destroying our fingerprints.

History shows that this is no small loss.  According to fingerprint historian Simon Cole, artisans in the ancient world signed their pottery and marked cave paintings with fingerprints.  Fingerprints were used as signatures or seals to conduct business in seventh-century China.  By the mid-19th century, with its greater mobility and loss of small village society, new ways were needed to keep track of people and their history.  Once it was possible to compare a person’s fingerprints with criminal records indexed according to fingerprint patterns, modern policing was born.

We leave fingerprints because of the friction ridges that develop as our fingertips brush across the inside of our mother’s womb.  The friction ridges allow us to detect fine textures and grip rough or wet surfaces.  Although there are common patterns to these ridges – loops, whorls and arches – the places where the ridge lines end or fork are what make each person’s fingerprints unique.

The ridge endings or forks on our fingertips are called minutiae.  A good quality fingerprint image can have 25 to 80 different minutiae.

The question of how many minutiae must match between a crime scene print and that of a suspect is not simple: for decades, a match in the United Kingdom required 16 points, while in the U.S. the number was whatever the fingerprint expert said it was.  Point-counting is now out of favor, but an expert will often still cite the number of matching minutiae to support an opinion that the prints came from the defendant.

Fingerprints left on a surface can last months or years; the print alone does not allow a determination of when it was made.

When I was practicing law, I once had a client who received a life sentence for murder because his fingerprints were found at the scene, on a drinking glass in the drying rack by the sink.  The victim was stabbed to death.  My client admitted to knowing him, to going to his house sometime in the days before the murder to buy crystal methamphetamine, and to having a glass of water during the transaction.  The fingerprints on the knife were definitely not my client’s.  Nor were the hair and semen samples left in the bedroom where the body was found.  My client had a solid alibi for nearly every minute of the 48-hour time range guesstimated as the time of death by the coroner.  But, according to the People’s theory, two sets of prints at the scene meant that two people must have been involved: one who stabbed the victim multiple times in the bedroom, while the other had some water and rinsed out his glass in the kitchen.

It took me almost five years to get this man out of prison.

Fingerprints can mean life or death.

Fingerprints can be permanently lost after taking certain cancer drugs or disappear temporarily after a bee sting or an encounter with poison ivy.  Burning, acid and plastic surgery can be used to change or entirely remove fingerprints.  There are rare medical and genetic conditions that can cause a person to have no fingerprints at all.

Secretaries who spend years sorting and copying are particularly prone to losing their fingerprints, as the handling of paper causes additional wear on fingertip ridges.

It can also be difficult to capture the fingerprints of older people, as the elasticity of their skin decreases with age and narrows the space between the ridges and the furrows on their fingertips. Their fingerprints may just appear as a blur.

Since I left the practice of law I have been using my keyboard a lot, trying to write something other than legal briefs, trying to capture what it means to get older and be female in today’s world.

The more I type, the lighter my fingerprints will become.

Perhaps barely visible fingerprints are a good thing, as I will not have to clean the glass surfaces or mirrored medicine cabinet in my house as the years go by.  Perhaps I should consider a life of crime, if I can manage to leave no trace of my skin, blood, hair or nails behind.  But will I be able to enter countries that require fingerprint scans, or even get back in my own, if I can’t get my fingerprints to show up on the monitor?  Will I be locked out of my phone, denied access to my bank account, told that my health records can’t be located?  Should I be lobbying my legislative representatives to make sure that biometric systems include options, such as retinal scans, other than the ability to leave a solid fingerprint impression?  What if something happens to my eyes?

Are lost fingerprints merely one of the many indignities of aging that I can expect to creep across every part of my body?

Will I still make a contribution if my fingerprints are disappearing?

Doris Lessing tried to describe the aging process for women as a good thing:  “You achieve a wonderful freedom,” she wrote.  “It’s a positive thing. You can move about unnoticed and invisible.”

I struggle with that idea.  During the decades of feminism and striving and proving ourselves that followed my all-girl typing class, invisibility was definitely not the kind of freedom we were after.

Of course, the trope that women become invisible as they age is just a figure of speech, right?  Women don’t literally disappear as they get older.  Do they?

After the fingerprint scan, I set all the apps on my phone to facial recognition.  I re-committed to writing for some portion of every day, typing the words on my laptop, faster, furiously, sometimes pounding, fingerprints be damned, trying to make my way.  Trying to stay visible.  Trying not to leave only a blur.

Susan Nash is a former lawyer who has traded years of writing briefs in favor of chronicling the experiences of older women in our culture.  Her work appears on Considerable.com and on multiple websites at Stanford University.