Five Prose Poems from The Sturdy Child of Terror

Magisterium, 1950: Double Negatives, Pathetic Fallacies
and the Exercise of Power

While this so-called Cold War may never be declared, there is no
doubt that the Blessed Mother, having completed the course of her
earthly life, was assumed body and soul into heaven.

To ex cathedra teachings must be added those that are non-
infallible, which too require submission. Sisters are admonished to
work without ceasing to harness the unruly self and keep the world
at bay.

At the corner of the yard the garage, an empire unto itself banked
with tiger lilies.

The Friesens have a grandmother at their house, the Byrnes a
bachelor.

Each night I pray one Hail Mary for good grades, one for the poor
souls in Purgatory, and one for pagan babies.

My mother lost her past in 1960; her mother never did.

In a prior century, St. Louis broke with the county, roping off a
past that festered between Forest Park and the river like an
encapsulated cyst.

Crossing the line between suburbs and city, the edge gray then
black, the passengers lock the car door, they who had left in cloth
coats now trolling for bebop in minks and plaid blazers.

We were a system, a sociology, a discipline in black and white, its
strictures softened by hymns and myrrh, by the veiled bodies of
nuns pacing left and right, tapping each map with a flourish—Holy
Roman Empire, Barbarian Invasions, Counter-Reformation—
chalking lines of Gregorian chant on the board. Each parish a
planet with its own orbit, its own plaid and priest, and yet a mere
speck in the cosmos, a fleeting moment in an eternity so vast that
we swooned at the notion.

My mother recited “Lead, Kindly Light” to her mother, my mother
at the edge of the bed, her mother in the middle under a pale wool
blanket where she had lain for weeks, rosary in hand—I was not
ever thus—the shades drawn to spare her eyes, to soften the fact of
a bed in the dining room, her body a cloudbank hovering at the
horizon. I loved to choose and see my path. Her mother drifting
into sleep, my mother put the book down, stepped out to the fire
escape and smoked, ashes drifting down to the streetcar tracks, the
streetcar itself long gone, the street’s old name too. Her father
boiling coffee, her brother playing solitaire, she resumed the
poem—I loved the garish day—to wake her mother, to adjust the
pillows, coax a sip of water. And when she faltered, when she had
to turn away—With the morn those angel faces smile—her mother
sat up, radiant, eyes blazing, and finished it for her.

Holly Iglesias is a poet and translator whose work includes Angles of Approach, Souvenirs of a Shrunken World, Fruta Bomba, and Boxing Inside the Box: Women’s Prose Poetry. She has been awarded fellowships from the National Endowment for the Arts, the North Carolina Arts Council, and the Massachusetts Cultural Council. She teaches at the University of North Carolina at Ashville. 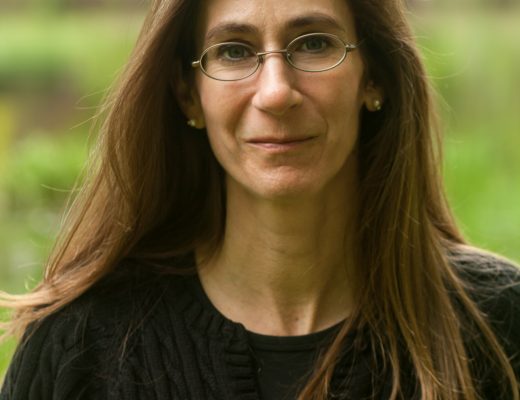