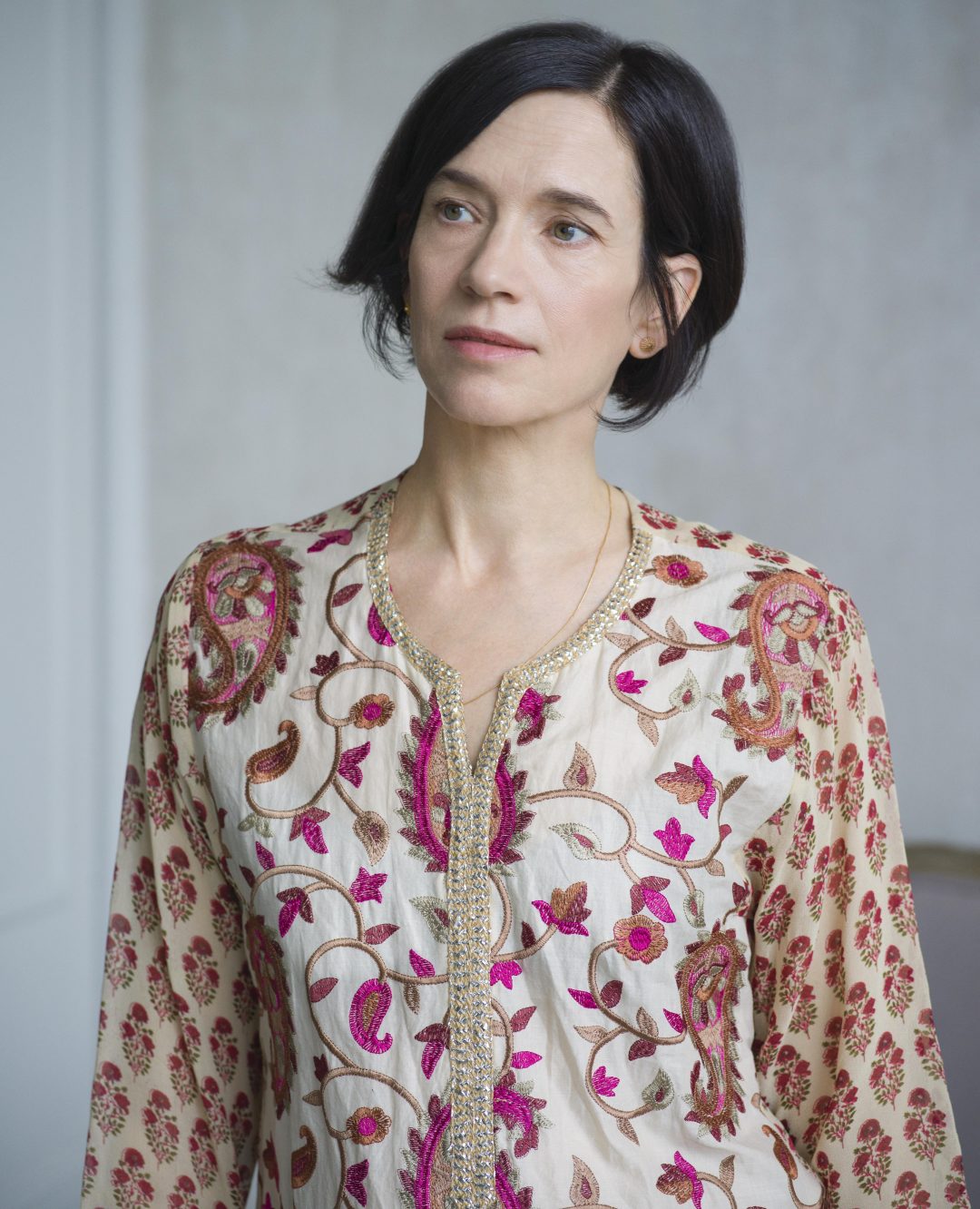 The Memory Eaters is Elizabeth Kadetsky’s inquiry into the labyrinth of holes that is her dying mother’s past, and by extension, her own. Some of these holes are literal ones in her mother’s Alzheimer’s-afflicted brain, and some of them are holes in recorded history: “My mother saved acres of genealogy files but nothing from her own childhood” (12). Some are holes formed by collective silence: what was the realreason for her parents’ divorce, and what really happened to Kadetsky’s aunt Renée, who died at 11 years of age? These holes are real, and (we are led to believe) their existence belies a greater truth: “I didn’t yet know that others stayed behind and perished at Auschwitz. And yet there is that kind of anxiety an acupuncturist will point out to you, that she feels it in your pulse. It is the pulse of war survivors. Or it is tachycardia. I always knew I had it” (33). In the wide network of Franco-American and Canadian cousins, nobody seems to have a solid answer about Renée—but nobody seems particularly bothered by this injustice to her memory.

As much as this book is a quest for answers, it’s also about following the trail of moths (memories) to find their epicenter: a jagged pattern of holes in an old Persian rug in the closet, and then tracing the edges of the holes to understand why they came to roost in that closet out of thousands in New York City, that singular rug. We learn along with Kadetsky what evidence remains to indicate what really happened in these instances and several others, and so there are a lot of secrets in this book that I can’t share. But herein lies the premise of Kadetsky’s inquiry into generational trauma: the relationship between the rough edges of these not-stories and the conspicuous clouds of silence and collective amnesia that surround them.

As she struggles to care for her mother and her sister Jill, who is in and out of rehab for drug addiction, each missed appointment and mini-emergency gives us another reason to wonder, along with Kadetsky, why all of this is happening around her—and if there’s anything she can do to change her circumstances or at least find a sense of justice.

Kadetsky grounds her inquiry in the physical space of the apartments in New York City where she conducts it, the continental influence on her mother’s trendy lifestyle and modeling career there in the 1970s, and in the age-old mythology that still shapes Western concepts of family roles and relationships. She bookends her story between a discussion of Homer’s Lotus-eaters who “lose their longing for home” in a twisted fit of nostalgia and another myth of separation that surfaces in one of her mother’s old diaries. Cultural artifacts like these build an architecture of meaning out of apt metaphors and sink their hooks into the reader’s own lived experience.

At times Kadetsky shares her subjectivity, acknowledging her readers as co-conspirators in digging up mutual family dirt: “It was right in front of her. This revelation seems to bind together the stories of second-generation inheritors of trauma. We knew it all along, but because it was never spoken, we never fully processed it. In the very same gesture, we were handed both the information and the mechanism by which to pretend it didn’t exist” (38). I couldn’t help but run my fingers over the cracks in my own family’s grand narrative, and it wasn’t my first time; but it was validating to share this estrangement with someone else. Kadetsky’s research and perspective gave me new frameworks to conceptualize what’s gone missing and how that dearth of information might affect me personally. Overall, this book is a great journey for those who want to feel more connected to their past.

Not knowing exactly what kind of answers she’s looking for, Kadetsky relentlessly surveys many different kinds of evidence, records, ways of knowing and making meaning, and even ways of looking. Her search begins in earnest with a survey of her French-Canadian roots and her family’s tenuous connection to Ambroise Paré, the 16th-century surgeon and alchemist rumored to have discovered ether as a general anesthetic as well as hermaphroditism. From her mother’s literal boxes of genealogical and esoteric research (she was a professional astrologer), Kadetsky deduces “the beguiling suggestion . . . that a past is right here for me, so easy to reconstruct, or that I might, even, locate an origin story for this illness” (5). Her inquiry waxes scientific, historical, spiritual, but ultimately, social. Her answers always lie behind a veil of mystery, where they have been kept for generations. Even with so many living relatives, she must rummage through boxes of files and tiptoe around the truth in her interviews, because ultimately, trauma escapes words.

Kadetsky’s mother in particular had a talent for momentary “outages, moments like a radio suddenly bereft of its signal” long before her Alzheimer’s was diagnosed (50). With the diagnosis comes a complicated urgency for uncovering lost history lest it be lost forever. Kadetsky writes, “I was not worried about my memory per se so much as I was worried that my mother had, in some small way, degraded her own memory on purpose owing to an unresolved, psychological need to practice avoidance” (163). As her mother’s memory degrades, asking directly about certain events runs the risk of ever more insufficient answers or closing off the subject forever. Keeping her mother safe, fed and comfortable takes precedence over understanding her past.

But where explanations resist her, Kadetsky learns to work with what she can control and finds new ways of “seeing” beyond the surface of things, down to deeper levels that she herself can sense—occult, perhaps, but also essential. One of her mother’s ex-lovers had introduced this art; “after we met MacGraw, it became a practice in our family to try to see. Learning to see required learning to un-see, first. The un-seeing was something you could get good at” (94). Kadetsky traces spiritual progress through her own dreams and her yoga practice, where she aims for “an experience of the present uncluttered by past or future” (122). When so many years have transpired in an epigenetic cold case like hers, it’s not just what we find that matters; the inquiry becomes a reconstruction shaped by infinite layers of contextualization and our own limited understanding. We can decide whether to accept our own attitudes and perceptions as whims or hard evidence, as believable as anything else you can trace, prove or explain.

Several times, Kadetsky finds that her own worst memories locate the disappearing point between myth and reality. The reader gets a glimpse at early inherited trauma in this memory: “when I turned eleven, Renée’s age at death, I often stood in front of the bathroom mirror mouthing on loop, My aunt died when she was eleven years old. My aunt died when she was eleven years old” (22). She recalls two experiences when she blacks out, literally disappearing to herself, during an assault and the birth of her son by C-section. It seems that, especially where there is silence, the suffering continues. So what wisdom can we take from all these unpleasant experiences, disturbed memories, uncovered things that got buried for all kinds of reasons?

We start to notice patterns, such as which problems get attention and which ones don’t: Kadetsky was given a questionnaire to fill out about postpartum depression after the birth of her son, but was not screened after her assault. We learn that “communal trauma,” or trauma perceived as communal, is treated with more urgency than solo trauma, and “surviving a sexual or gender assault seems to get erased from the category of surviving mass disaster (whereas war does not), but is seen, rather, as suffering alone” (158). These patterns determine how we code and react to trauma, violence and the resulting illness: whether these stories are heard or silenced. These are things we have the power to change.

But we also learn that so many things happen while we are not looking. Often, the answers are indeed right in front of us: things our subconscious might be protecting us from, things we can’t handle because of other, more pressing, “tangible” problems. We are imperfect machines, and sometimes we try to make sense where there is none: random acts of violence and systemic injustice exist. The best we can do to heal ourselves is look these ugly memories in the face, whether through genealogical research or exposure therapy—and we still may never get the closure we’re looking for. We learn that “fate, actually, is not fate. I am drawn to this promise of freedom” (42).

____________________
Kelsey Hoff is a writerpreneur (poet, content creator, blogging coach and sometimes-journalist) in Chicago, Illinois. She has an MFA in Poetry from Columbia College and is interested in building empathy and emotional intelligence through storytelling. Follow her on Twitter at @MidwestMadGirl

How We Speak to One Another: An Essay Daily Reader

The View from the Cheap Seats