Home  /  Alumni • Archive • Current Students, Faculty and Staff • New Students  /  Advice from the executive editor of an award-winning newspaper in Central Illinois and graduate of our program

As executive editor of the Peoria Journal Star, Dennis Anderson has helped make the central Illinois newspaper one of the best in the country. This year Editor & Publisher named the Journal Star among its group of “10 That Do It Right.” The GateHouse paper also received the 2014 top award for general excellence from the Illinois Associated Press Media Editors.

A graduate of the journalism program at Columbia College Chicago, Anderson said students who want to follow his path need to learn multimedia. “It’s not just printed word or a newspaper,” he said. “It is mobile journalism. All reporters need to make sure that they are doing audio and video in a fast-paced environment.”
Journalists still have to be good writers and be curious, he said. That hasn’t changed since he graduated in 1985.

The journalism department brings in top teachers who care about the business they are doing, Anderson said, noting one of the advantages to studying at Columbia College Chicago.

For more information about the Communication and Media Innovation Department. 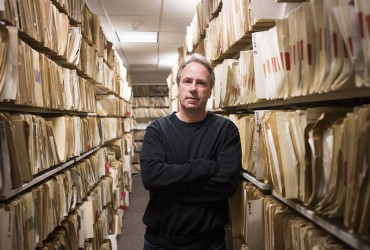