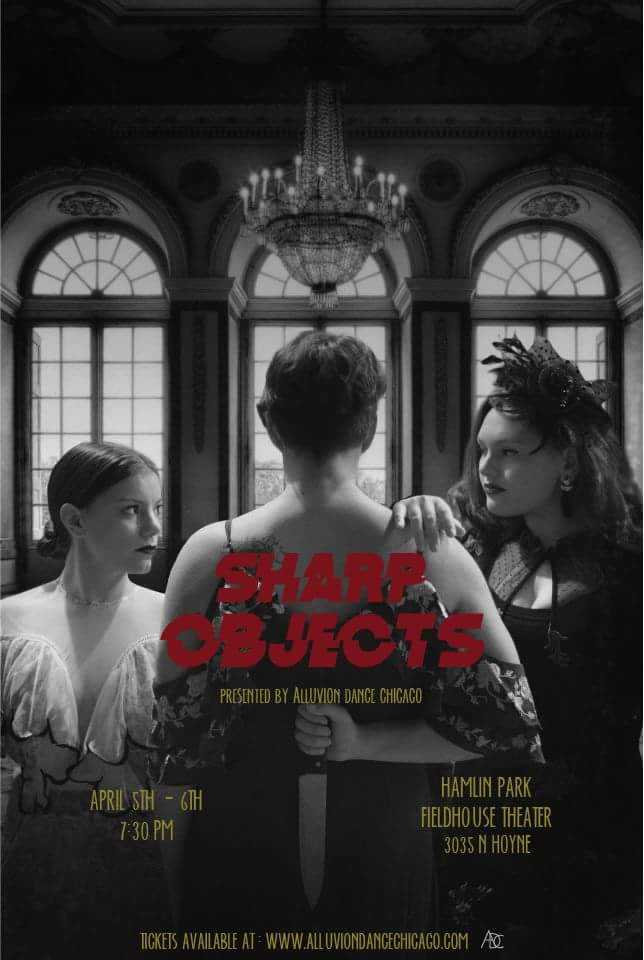 Described as a “modern dance whodunit,” Sharp Objects is set at a fancy political fundraiser hosted by a wealthy socialite. Characters in the mystery include a paranoid widow with a deadly past, a military general with special training, a seductress out for revenge, a college professor with questionable ethics, and members of the beleaguered house staff — all with a motive to kill. 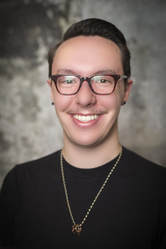 Based on an original story by Chad Wilson, assistant director of Academic Advising at Columbia College Chicago, Sharp Objects is choreographed by Columbia alums Huntoon and Julia Kummerow ’15, also a graduate of the Dance BA program, along with Kaytee Cox. The cast includes Columbia alums Huntoon, Kummerow, and Nicole Flores ’17, also a graduate of the Dance BA program, as well as current student Morgan Cutler, a junior in the Dance Center’s BFA Program in Dance. The set and lighting design is by Claire Doty, a former student in the Columbia College Chicago Theatre Department‘s BA Program in Theatre Design. Discount tickets for students are $15. For tickets, click here.