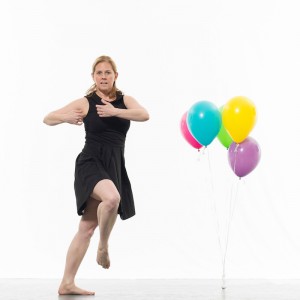 Cole performs a TDC-commissioned solo, threadwork, by San Francisco-based choreographer Margaret Jenkins. “The work for Margi Cole moves through many quadrants: emotional, aesthetic and physical terrains,” says Jenkins. “During the 10-minute work, Margi thrusts herself into an investigation of self and the space(s) she inhabits. Together we have created a solo that reflects her intelligence, wild and clear dancing and kinesthetic acuity.”

Cole’s new work The Swell expresses her interest in bravery and such questions as: What is bravery?  What is courage?  Are they the same or different? What is aggression? How do we perceive bravery, define it or measure it?

Madelyn Doyle’s Shadowless explores the perception of good and evil and the necessity of both for both to exist. “How does one know what is acceptable without knowing what is unacceptable?,” Doyle asks. “How does one know good without the existence of bad? Shadow needs light, stars need darkness, evil needs ideal.”

In addition to her choreography for TDC, Doyle has helped stage another version of Who Are You?, a response to  Cole’s 2014 TDC premiere Creative Candor, on her Repertory Dance Ensemble students from Riverside Brookfield High School, which they will perform during the second weekend of TDC’s anniversary concert series. 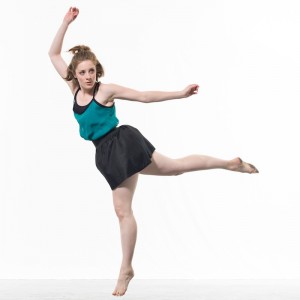 Shannon Edwards, now in her seventh season with TDC, presents her work There There (2009), a continued exploration of finding comfort in times of inner conflict. “The piece attempts to resolve the constant need to be somewhere specific by finding comfort in familiar sensations,” Edwards says. “Can familiarity fill the void of a distant home? Or do we become so separated from what was once so familiar that it becomes unfamiliar?”

The Second Line, by Katie Petrunich, is a celebratory manifestation inspired by New Orleans jazz funeral proceedings. An ensemble of TDC guest artists interpret how we dignify legacies, pay homage to the souls we part with and discover what we want to pass on to the world during our own lives. In a positive light, this work embodies the many reasons we honor our loved ones after they have passed.

Also in recognition of its anniversary, TDC will present two live-streamed performances on Tuesday, March 8–the anniversary of the group’s founding in 1996. At 2 PM (CDT) on March 8, Vernon Hills High School in Vernon Hills, Illinois, presents a revised version of The Dance COLEctive’s 2004 work Sinking In under the direction of TDC alumna Erin Dreese Jaffe. And at 3 PM (CDT), the Girls Preparatory School in Chattanooga, Tennessee, performs a new work, Who Are You?, created in response to TDC’s 2014 work Creative Candor. The Girls Preparatory School performance is under the direction of TDC founding member Laurel Moore Zahrobsky. These performances will be live-streamed on Periscope; follow @DanceCOLEctive. 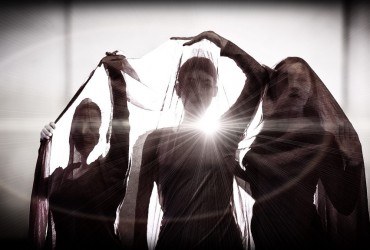