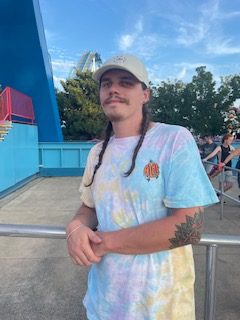 Senior Live and Installed major Austin Burkholder’s journey from spectator to “I can do this,” came about during his first visit as an attendee at Electric Forest Music Festival. Amongst the pulsating beats and euphoric crowd, Austin took stock of how a career in live sound would be fulfilling. “I’m sitting at the main stage during a performance I will never forget. I look around and I think to myself, look how happy everyone is, everyone is here for the same reason. I knew then, I wanted to do this for the rest of my life.”

With that experience firmly planted in his mind, Austin made a key decision that ultimately put him in the driver’s seat of his own career trajectory. He decided to transfer to Columbia College Chicago and begin what has been a fast track to success in the industry.

When speaking to Austin, you begin to see how these building blocks for success came about. Being open to new opportunities, forging a path, and being engaged and active in student organizations can give students a sense of purpose early in their career development. To that point, as Austin began his time at Columbia, he quickly immersed himself into the Columbia community by devoting time to another of his pursuits, becoming a Club DJ. To that end, he joined the Columbia College Chicago DJ Club, a student organization that brings students together to practice and learn the craft of being a DJ, while giving students opportunities campus-wide to perform at events and showcases. Austin immediately took an active leadership role which has led him to become President of the DJ Club.

With a curriculum in his major that puts students in “real-world” situations by recording projects that become portfolio building, Austin determined that with his skill set, it was time to apply for an internship with Sweetwater Sound, Inc., the largest online retailer for music and pro audio equipment. Located in Fort Wayne, IN, as a satisfied customer, he had his eyes set on this company for many years due to its excellent customer service and industry-leading reputation. This paid and highly competitive internship is a full-time endeavor at their location in Fort Wayne. In fact, the competition is so steep, that out of 1500 applicants, they chose 37 this past summer in a wide variety of areas. Austin was chosen for the Live Sound internship, and according to him, the experience was life-changing. “I knew going in that this was a huge opportunity not only for learning but also for networking and connections. This experience was more than I could have ever asked for. I learned so much about all aspects of live production from audio, lighting, video, and how to be a professional. I was able to run front of house and monitors for a few shows and got to work with major artists such as Styx, Warrant, and Whiskey Myers and the Sweetwater All Stars Band. I would highly recommend students apply for an internship no matter what field they are interested in.”

As his last semester winds down (he graduates in December), Austin obtained an internship this semester with Sleeping Village, a Chicago music venue. As he details, “I decided to accept the production internship at Sleeping Village for a few reasons. Firstly, co-owner Billy Helmkamp is a wonderful person and has welcomed me right into their flow of things. Along with this, I have been able to hone in on a side of production I haven’t worked much with, which is operating lights for the shows. The past three weeks I have been on my own operating lights for at least two bands a night, sometimes three. I love this venue and the people who work here. I couldn’t be happier with my decision to accept this internship.”

As students start to look at internships in their fields, Austin had this advice. “Don’t hesitate. Don’t be afraid to fail. In fact, embrace failure. There were multiple times during my internship where I had questions and ended up doing something incorrectly. However, this is what led me to learn so many different things. Lastly, act as a sponge and soak up all the information you can. Once you overcome this fear of insecurity, the sky is the limit. I now feel so much more confident about my skills, and I feel able to complete the task at hand one way or another.” 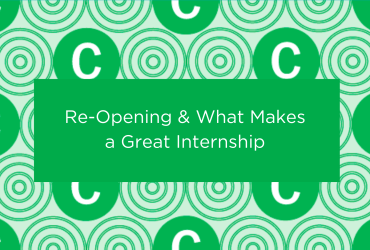 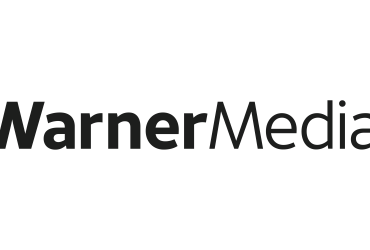