Features Comments are off

The month of June represents a month commemorating both the LBGTQ+ community and honoring Black music. Both of these communities are so influential within our society and have impacted our entire culture, trends, fashion, technology, and so much more. On their own, these groups are powerful, but when they have intersected, we have gotten some of the most dominant and untouchable historical acts. Check our highlighted musicians below: 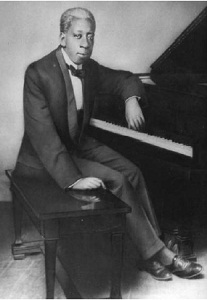 Jelly Roll Morton, the legendary jazz pianist, best known for influencing the formation of modern-day jazz during the 1920s, had to learn from someone, right? Morton was very famously known to only praise himself… and one other person. That person would be his mentor, Tony Jackson. Tony Jackson was born in New Orleans in 1876. He was very well known within the city for his ragtime piano playing that reflected the saloon sounds that were popular at the time. He quickly became one of the city’s best entertainers. Jackson was well known for his ability to play literally anything from memory after only hearing it once.

“Tony’s memory seemed like something nobody’s ever heard of in the music world,” Morton said. “He was known as the man of a thousand songs. There was no tune that comes up from an opera or any show of any kind or anything written on paper that Tony couldn’t play. He had such a beautiful voice and a marvelous range.”

According to jazz historian Al Rose, Jackson was so popular that he may have influenced the sartorial style of saloon performers. This, in turn, would influence the entire genre of jazz itself.

Jackson was openly gay during a time where most couldn’t dare to even think of the idea. He moved to Chicago during the turn of the century, possibly due to the more inclusive space that the city had compared to his hometown. Here, he published his song Pretty Baby, his closest taste of mainstream fame. Unfortunately, Jackson passed away before the era of recordings, so we will never be able to hear his music. But seeing as though Jelly Roll Morton was well influenced by Jackson, his musical stylings were kept alive. 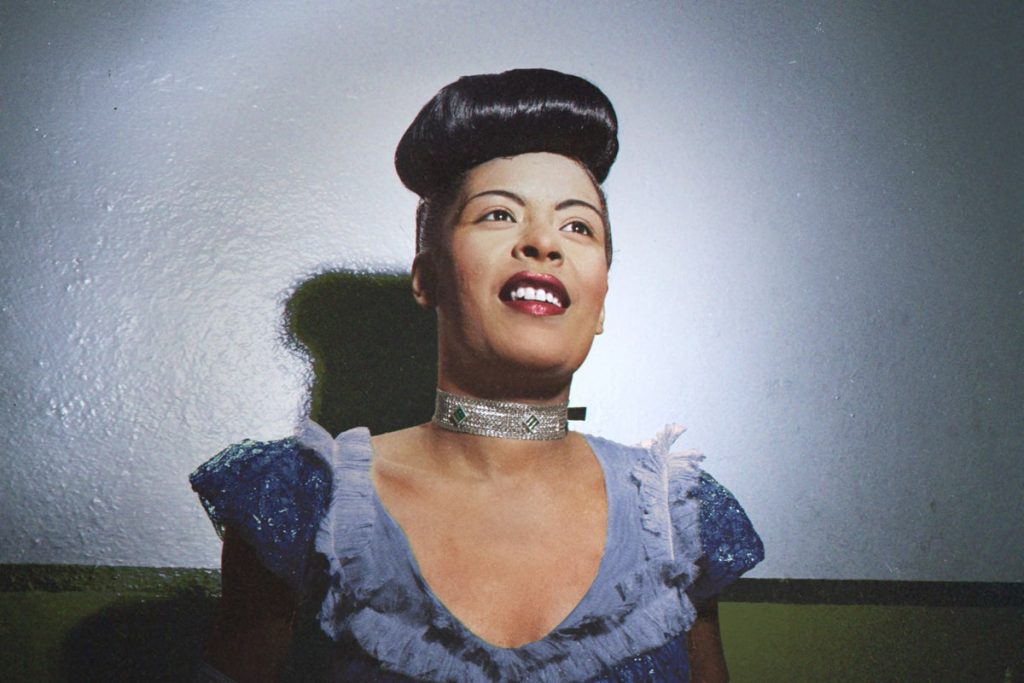 Billie Holiday left a transcendent impact on jazz music. Throughout her career, she broke barriers. At the height of segregation, she was the first Black woman to work with an all-white orchestra. Holiday inspired artists and was admired by people all over the world for her talents.

Born in Baltimore in 1915, Billie had a rough childhood. Her musician father left the family early on, and her teenage mother wasn’t able to keep her consistently, which resulted in Billie often being put in the care of relatives who abused her. After a chaotic early life working odd jobs, at age 17, she began informally singing at many nightclubs and was eventually discovered by a record producer named John Hammond.

Holiday lived a very scandalous and eventful life. After a brief incarceration period in late 1947, she openly began to identify herself as bisexual. It is said she had an array of relationships with high-profile figures from Hollywood, but most notably, she is known for her relationship with Tallulah Bankhead, star of the big screen. Billie’s interactions with women are why she is heralded as a modern icon amongst openly LGBTQ+ musicians and artists even today. 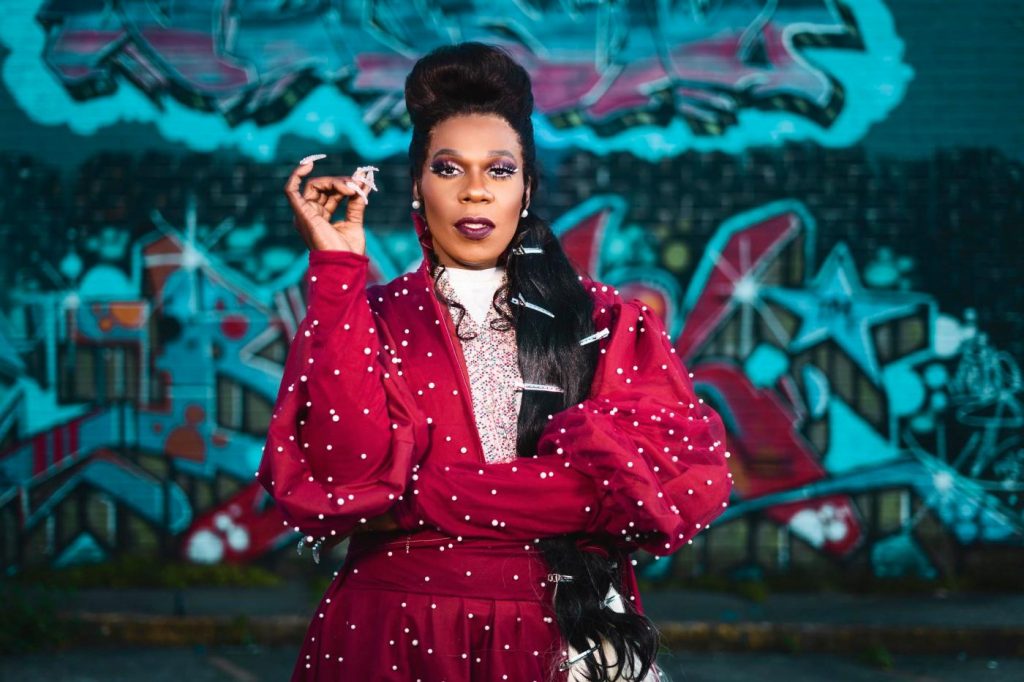 Big Freedia is the legendary, unforgettable Queen of bounce music. Hailing from the heart of New Orleans, Freedia started her music career playing piano and singing in the choir. Her influences include Patti LaBelle, Sylvester, and Salt-N-Pepper. In 1999, Freedia released her first single, An Ha, Oh Yeah, and began frequently performing in clubs in New Orleans. Freedia’s other iconic hits included Rock Around the Clock and Gin ‘N My System, which was later sampled by Lil Wayne on his mixtape.

Freedia is sometimes described as an artist within the “sissy bounce” subgenre, though she has stated, “There’s no such thing as separating it into straight bounce and sissy bounce. It’s all bounce music.” The concept of dividing the genre because of its popularity within the LGBTQ+ community is not unheard of. Often being a product of lowkey homophobia, the ‘us vs. them mindset.

After Hurricane Katrina hit NOLA in 2005, Freedia played six to ten shows a week at block parties, nightclubs, strip clubs, and other venues while the city tried to rebuild. According to the New York Times, “Freedia was one of the first artists to come back after the storm and start working, and she worked really, really hard. If you lived here, it became impossible not to know who she was.” The ‘Queen of Disco’, Sylvester James Jr., dared to be himself, openly, at a time when most people simply didn’t understand. Sylvester was born in 1947 in Arkansas. He regularly attended his community church and was a member of the choir from a very early age, this is where he developed his passion for singing. At just eight years old, Sylvester recognized his homosexuality and, unfortunately, by age 13, had to stop attending church because of all of the rumors being spread. This led to a strained relationship with his mother, and at 15, he decided to leave home.

Around this time, Sylvester started to attend local gay clubs and began to build friendships with other young gay Black kids. Eventually, they formed into a group and called themselves The Disquotays. The group was largely known to host lavish parties that involved dressing up in women’s clothes and wigs and putting on competitions to outdo one another.

In 1972, Sylvester’s solo career began to take off. He favored an androgynous look, instead of the stereotypical masculine vibes that most male singers at the time were successful with. By 1978, after numerous attempts of breaking it big by singing Blues and Rock ‘N’ Roll, Sylvester dropped a disco album, and the record went certified gold. Rolling Stone called the album “as good as disco gets.” His smash hit You Make Me Feel (Mighty Real) would be his defining song. Even today, it is hailed as one of the greatest disco tracks of all time.

In 1985, Sylvester’s boyfriend, Rick Cranmer, became aware that he had become infected with HIV. With no known cure, his health deteriorated rapidly, and he died in September 1987. Sylvester’s world was shattered, and although recognizing that he too was probably infected, he refused to have his blood tested. On December 16, 1988, at the age of 41, Sylvester succumbed to his illness. He had planned his own funeral, and in true Sylvester style, insisted that he be dressed in a red kimono and placed in an open-top coffin for the mourners to see. In his will, Sylvester had declared that royalties from the future sale of this music be devoted to two HIV/AIDS charities, Project Open Hand and the AIDS Emergency Fund.

Sylvester was undoubtedly a pioneer that was way too ahead of his time. He had touched so many people with his music, his looks, and his willingness to be completely himself. Sylvester will always be known for being able to make it big at a time when drag queens and androgyny wasn’t as accepted as it is today. 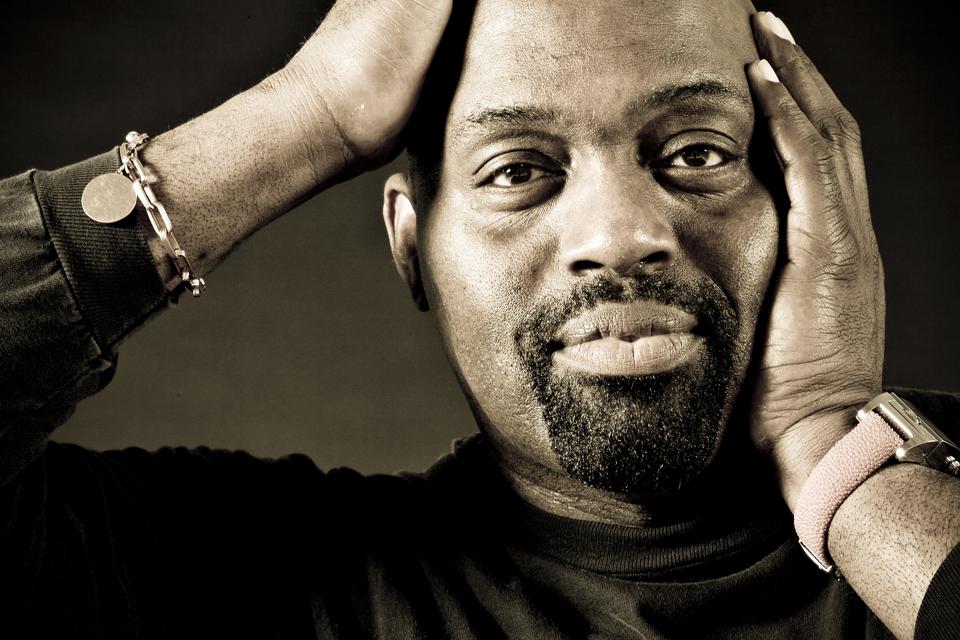 One of Chicago’s very own and The Godfather of house music, Frankie Knuckles, was a legend. As an openly gay producer in the 70s, Knuckles literally invented the genre of Chicago house music. Being a DJ/producer from New York, Knuckles came to Chicago after his friend, the legendary Herb Levan, suggested that Knuckles take an open DJ spot instead of himself. Knuckles then started playing at The Warehouse in 1977.

The Warehouse started as a club for gay Black men, but with time, began attracting straighter and more diverse crowds. The Warehouse was a space for everyone to feel open and accepted. With a largely LGBTQ, POC audience, it was one of the few spaces in Chicago for this community to celebrate and feel safe. It was at this club where the genre House got its name (shortened version of Warehouse). Because Knuckles could play what he wanted and try new things, he honed his skills playing disco classics, unusual indie-label soul, the occasional rock track, and even European synth-disco. No other DJ could do what he did. Everyone wanted to hear Knuckles play. His talents and sense of style were unlike any other DJ in the city (or country.)

In the mid-2000s, Knuckles developed Type II diabetes and unfortunately passed away from complications on March 31, 2014. Knuckles was inducted into the Chicago Gay and Lesbian Hall of Fame in 1996. Due to his incredible, ahead-of-the-times talents, he will remain a prominent Chicago icon forever. Kaycee Ortiz is a name that if you don’t recognize now, you will soon! Kaycee is a master of it all: a rapper, songwriter, performer, and entertainer. She grew up in Mobile, Alabama, but when she saw a video of a local female-impersonation pageant Miss Continental, she moved to Chicago in 2006. As she told Windy City Times, “I hadn’t transitioned at that time and didn’t know that world existed. When I saw that video, I wanted to go so bad. I visited Chicago and knew I had to move here.”

Chicago’s music collective Futurehood (that supports Gay and Transgender musicians of color) has Kaycee on the roster. In 2016 she released her supreme debut mixtape Beach Street on the label, and in 2020 dropped her self released album The Campground. The track Shut Up off the album has an amazing music video to accompany her powerful words that you need to watch. This year, Kaycee has released Beat Beat Beat, a track that needs to be the first song played at the clubs when they open back up again.

Kaycee is a force to be reckoned with, and we can’t wait to see what she has in store for us. Next Article   Remotely Speaking: Bringing Value from a Distance