Fellowships, labs and workshops open doors and provide opportunities for new writers and directors looking to start or further their careers in television. The Career Center partners with Semester in LA and Cinema and Television Arts to bring together a panel to discuss the programs with Warner Bros., Directors Guild of America (DGA) and two past participants and take away tips on how to make yourself a competitive candidate. Rebecca Windsor, Director of the Warner Bros.Television Workshop: Rebecca Windsor is the Director of the Warner Bros. Television Workshop, the premier writing and directing program for artists looking to start or further their careers in television. As an extension of her role developing new talent, Rebecca helped launch Warner Bros. digital brand Stage13, overseeing the critically acclaimed Snatchers, which premiered at the Sundance Film Festival and SXSW, and Special, which premiered on Netflix and garnered four Emmy nominations. Previously, she was the Creative Producing Initiative Manager of Sundance Institute’s Feature Film Program, playing a key role in coordinating the Creative Producing Lab and Summit, Screenwriters and Directors Labs, and Episodic Story Lab. Prior to Sundance, Rebecca was Manager of Development at Samuel L. Jackson’s television company, UppiTV, and at Mandeville Films. She started her career as an assistant at the Broder Webb Chervin Silbermann Agency and ICM. A San Diego native, she attended Northwestern University, where she received a BS in Theatre. 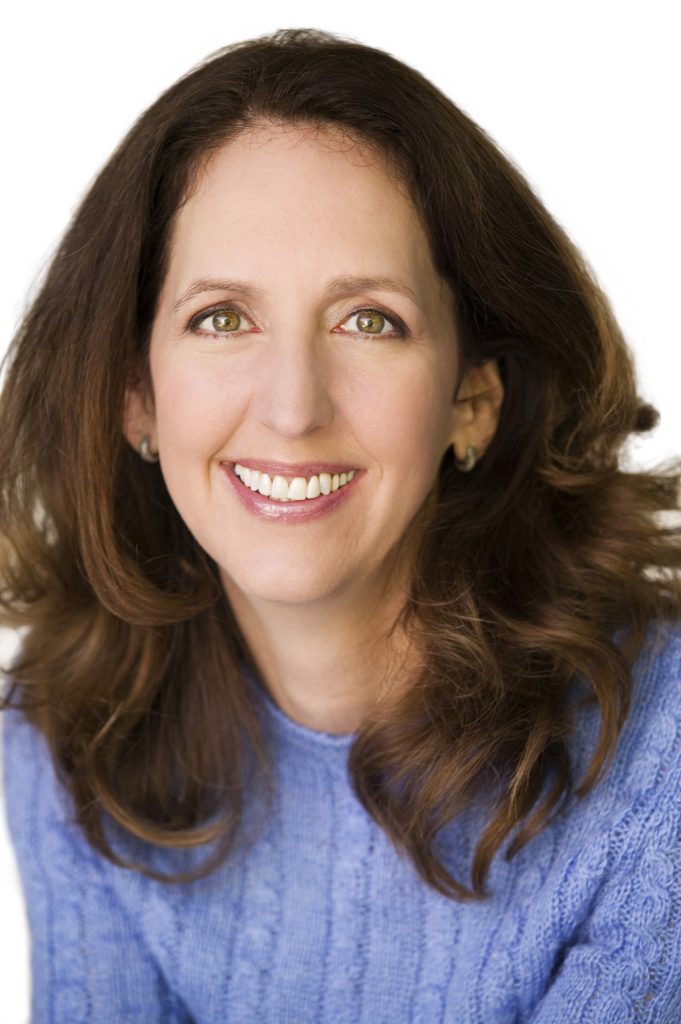 Maria Burton, Director: Named by Variety as “talent to watch,” Maria has directed 6 successful independent feature films, the latest of which are currently available on Netflix and Amazon, and helms the production company, Five Sisters Productions, with her real-life siblings. She was recently elected to the National Board of the DGA, is Co-Chair of the DGA’s WSC a past Co-Chair of Alliance of Women Directors and member of Film Fatales. In her work to transition into television directing, she has been selected for Television Directing Programs including the 2017-18 CBS Directing Initiative, the Ryan Murphy HALF Initiative, SONY Diversity Directors and the Conde Nast, Rodrigo Garcia – Jon Avnet Indigenous Incubator ProjectHER, for which she wrote and directed the pilot Good Eggs (currently on Amazon) and is currently in the DGA’s DDI and the Disney/ABC 2018-20 Directing Program. http://www.mariaburtondirector.com 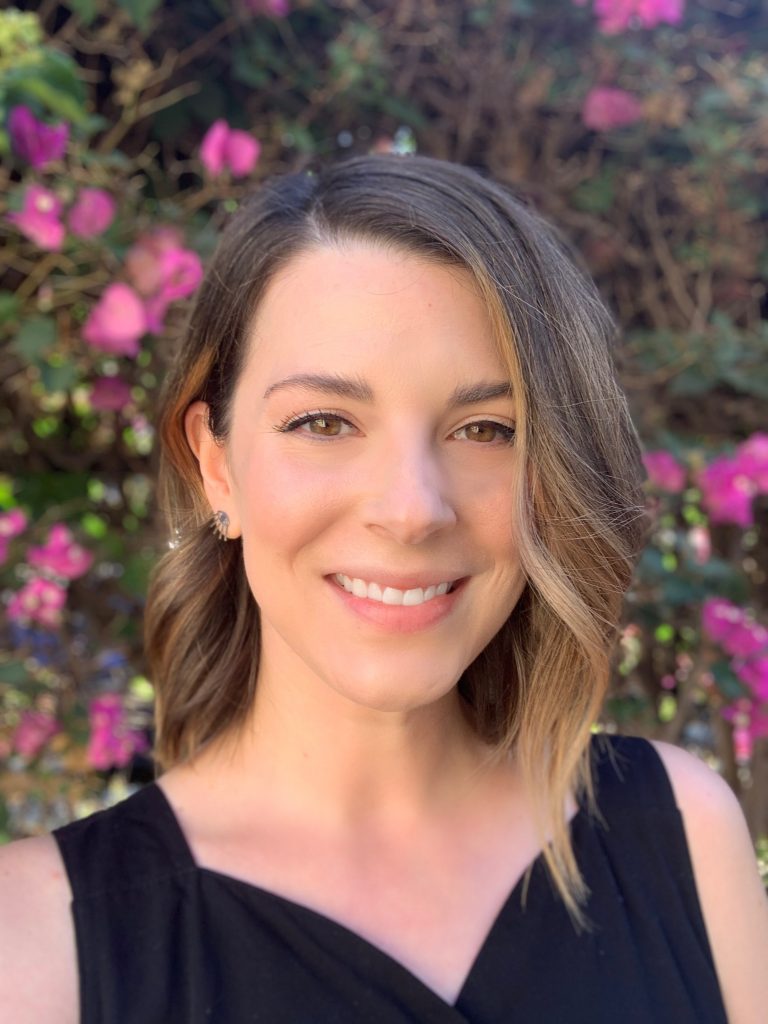 Christianne Hedtke, Writer: Christianne Hedtke was born and raised in Minnesota, where the wintertime lows rival the surface temperature on Mars, so she kept warm by devouring books and movies, and helping her dad build boats and telescopes. Hedtke went on to earn a BA from the University of Denver and launched her career in the world of film festivals, with stints at Sundance, Tribeca, and fifteen years and counting with the Telluride Film Festival. Between fests, she crewed on feature films, finally landing in New York, where Hedtke spent four years developing original content for Nickelodeon. When she wasn’t getting slimed, she was moonlighting as an astrologer.

Hedtke was selected for the Sundance Institute’s Episodic Story Lab (2015). She’s been a contributor to Filmmaker Magazine, MovieMaker Magazine, and wrote on Nick Jr.’s animated series, Sunny Day. In 2018, she was invited to join the Warner Bros. TV Writers’ Workshop and was subsequently hired on Netflix’s Chilling Adventures of Sabrina where she staffed for the entire run of the series. 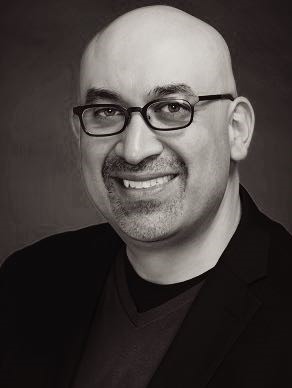 Frank Bennett Gonzalez, DGA Executive in Charge of Diversity Programs and Committees: Frank Bennett Gonzalez is an entertainment executive with the unique blend of creative, corporate, and guild experience. He has been recognized as a 2017 Variety Inclusion Impact Honoree, as well as being among The Imagen Foundation’s 2018 Powerful & Influential Latinos in Entertainment.

Gonzalez is the DGA’s chief executive responsible for implementing the Guild’s diversity and inclusion strategy in coordination with the Guild’s executive leadership as well as the DGA Diversity Task Force. Gonzalez’s role has been integral to the development, launch and now oversight of the DGA’s newly expanded creative talent development programs, including the DGA Director Development Initiative (DDI) interactive labs, workshops and television mentorship program. The DDI program allows seasoned directors to prepare emerging DGA members for episodic television directing careers. He oversees the DGA’s national diversity committees, and he is also responsible for monitoring and enforcing the television studios’ diversity related agreements with the Guild. Gonzalez serves as the Guild’s liaison with the industry-wide studio’s Television Director Development Programs.

Gonzalez previously served as Director, Creative Talent Development, for the Disney | ABC Television Group Talent Development & Diversity team. For close to fourteen years at the network and studio, Gonzalez made his mark with the development and launch of keystone creative development programs including The Disney | ABC Directing Program and The Disney | ABC Writing Program. Under his direction, The Disney | ABC Writing Program evolved from a training program, to one of the most successful staffing programs in the television business. In the last seven years of his tenure at the company, he led the selection, development and staffing of over fifty-seven out of the fifty-eight program participants. Forty script assignments were generated by those writers, demonstrating that not only were writers brought into the “room” though this initiative, but they made a contribution. As a result of Gonzalez’ efforts, Program Writers staffed on many popular Disney studio produced series, including ABC’s “Scandal,” “Once Upon a Time,” ABC Family’s “The Fosters” and Disney Channel’s “Jessie.”

Gonzalez took pitches and developed material with program writers while partnering internally with creative executives and showrunners within Disney | ABC with the objective of staffing them on series. He also worked to secure shadowing and career opportunities for program directors on Disney produced television series. Gonzalez helped to support the growing careers of notable television directors such as Zetna Fuentes (“Scandal;” “Shameless”), and Seith Mann (“Homeland;” “The Walking Dead”), as well as several notable showrunners such as Veena Sud (“Cold Case;” “The Killing”), George Mastras (“Breaking Bad;” Vinyl”), writer/producers Shalisha Francis (“Castle;” “Madam Secretary”) and Sierra Ornelas (“Happy Endings;” “Superstore”), to name just a few. In addition to working with the Writing Program, Gonzalez also tracked and pitched experienced directors, writers, and producers to the various business units under The Walt Disney Company umbrella. Gonzalez worked to develop the pipeline for creative talent and to strengthen diversity and inclusion efforts by collaborating with professional organizations such as The Writers Guild of America/West, The Directors Guild of America, and SAG/AFTRA.

At the age of twelve, Gonzalez began to script, shoot, and edit eight-millimeter films, thus developing a passion for the visual medium. Growing up in Southern California, his emerging talent as a young filmmaker was recognized early through student filmmaking competitions. While in college, Gonzalez continued to make films and began his professional industry experience as a video camera operator. Upon completing his undergraduate degree, Gonzalez worked extensively in television, video, commercial and motion picture production, post-production, and eventually, a stint in television marketing. Gonzalez earned a Master of Fine Arts from the UCLA Department of Film & Television Producers Program, and a Bachelor of Arts in Film Studies from UC Irvine. He previously served as a member of the Board of Directors for the National Association of Latino Independent Producers (NALIP), as well as on the Academy of Television Arts and Sciences (ATAS) Diversity Committee. 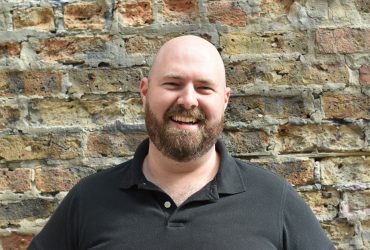