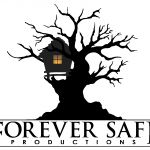 LESS THAN 30 is a relationship comedy currently filming in Chicago. The feature is written by Angela Morris, who stars as Alexa, a woman who is pressured by her Mother (played by Ann Hagemann) to find a relationship and takes a curious approach by only dating those matched at less than 30% on a
matchmaking website. Columbia College Chicago alum John Lerchen is
directing and is producing the film alongside Austin Turner and
Hagemann.

More on the story in Screen Magazine’s The Call Sheet.