Marcos (Kosine) Palacios returned to Columbia April 7th to speak with students about chasing dreams and taking advantage of the resources Columbia has to offer. The underlying theme of his talk centered around creating art and practicing your craft while in school. During our interview with Marcos beforehand, he shared with us some of the keys to success at Columbia and his motivation on the job. Being one-half of Da Internz, he has experienced great success since his days at Columbia, being nominated for Grammy awards, collaborating with influential artists, and taking his dreams to the next level each year.

Sitting outside the Hokin Auditorium, there was no denying that Marcos was enjoying being back on Columbia’s campus as he appreciated the green walls and plush cushions in the hall. He began to reminisce about some of his favorite teachers, Sheila Baldwin and Beth Ryan, who were not just teachers, but angels that set him up for life. He still maintains a relationship with Beth to this day.

When asked what non-typical advice he’d give to students, he automatically replied, “Don’t be still.” This motivational statement was a recurring theme throughout his entire lecture, “When it comes to our careers and our successes, we become stagnant, we’re hesitant, and we’re scared. Fear is just false evidence appearing real.”

Marcos had the opportunity to flush out his current business, Da Internz, in his Entrepreneurship class during his last year of school. Originally taking the class for an easy grade, he ended up taking a full business plan to his lawyer to register. “My partner, Tuo, was the one who knew. Moments when I couldn’t see past the next day, he could. He had the faith. Teamwork makes the dream work.” He stressed that college is the time to find friends who can help you realize your goals, even if they don’t stick around the whole time. Although this duo has been together ever since college, it was important to have a business partner from the beginning to stick to the business plan and have faith in their success.

Of course we had to ask about his experience working on the Twenty88 project which was released at the beginning of April. Marcos was a major contributor for a few songs on the project. Although a grand project in itself, the simplicity of it all was the key takeaway for Marcos.

“It’s everything that you pray for in the business. It’s like you hear the name celebrity and you think about celebrity, but you really don’t think these are actually real people…to see how being an awesome person translates sonically is powerful. It’s different, it’s a relationship thing. They’re talking real relationship, real life. It’s so rewarding. You’ve got some things you do to pay the bills, but then some you do for the culture, some things just for the art.”

After the interview, Marcos set foot on the Hokin stage with his business partner, Ernest “Tuo” Clark, to lecture about their journey to success but they also shared wisdom with students on how to forge their own paths. The experience put into perspective how important it is to work diligently towards a goal and to take advantage of the awesome education and real-world opportunities provided by Columbia College Chicago. 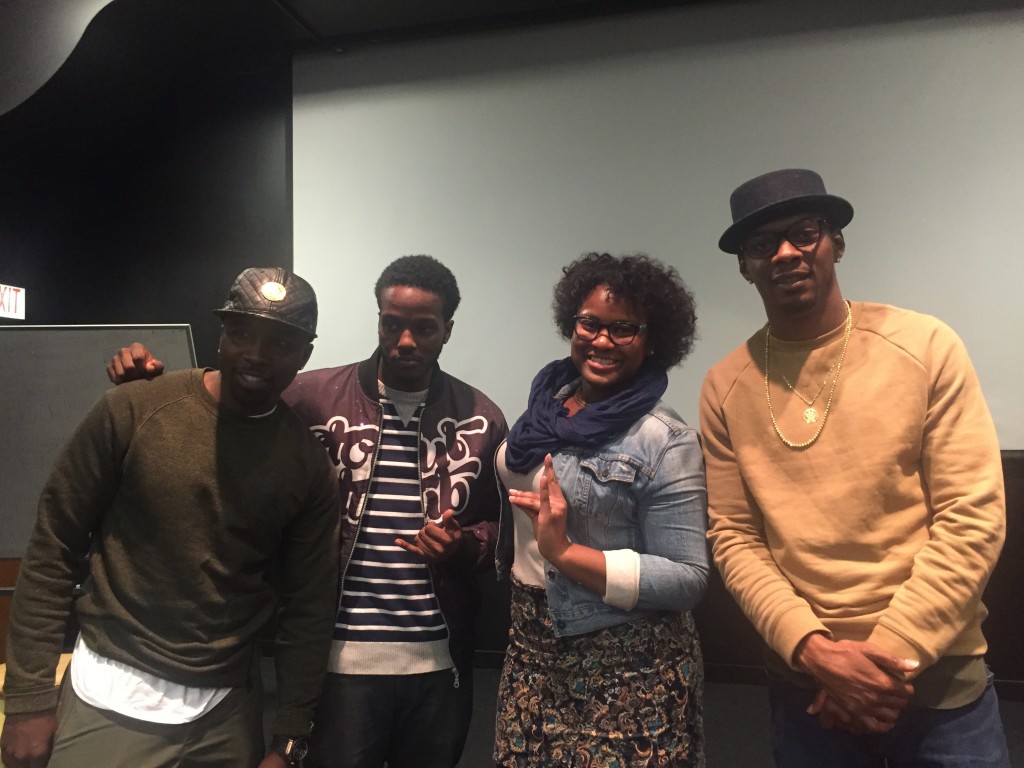