Congratulations to Columbia College Chicago Theatre Department alum Almanya Narula ’16, a graduate of the Theatre Department’s BA Program in Acting. Her solo show Noor Inayat Khan: The Forgotten Spy, which she performed June 3 through 26 at the 2022 Hollywood Fringe Festival in California, won two awards at the festival’s closing ceremony.

Almanya Narula was honored for her performance at the 2022 Hollywood Fringe Festival. As previously reported in this blog, the show marked Indian-Thai actor-writer Almanya Narula‘s Los Angeles stage debut. The show honored a real-life hero of World War II, Indian-born Noor Inayat Khan (1914-1944), a British spy who fought the Nazis at the cost of her own life. In 1943, Khan, a children’s book author, Sufi singer, and direct descendant of the Indian Emporer Tipu Sultan, became the first woman and the first Indian to be sent out as a spy and wireless operator into Nazi-occupied France under British Prime Minister Winston Churchill’s orders. Her work in the field under the code name Madeleine saved many lives that were instrumental to the success of the Allied invasion of France on D-Day in 1944. But after betrayal by a double agent, Noor was caught and detained for interrogation. She never broke under torture. Following several escape attempts Noor was forced to sign a document to either declare that she was staying put or be subject to “Nacht und Nebel” (Night and Fog) — disappearance without a trace by sending the captive to a concentration camp. 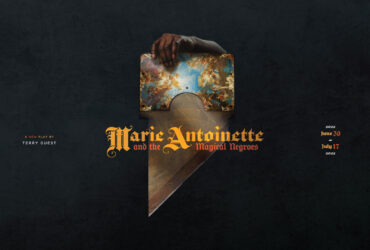