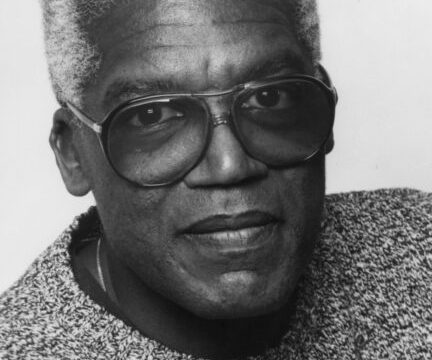 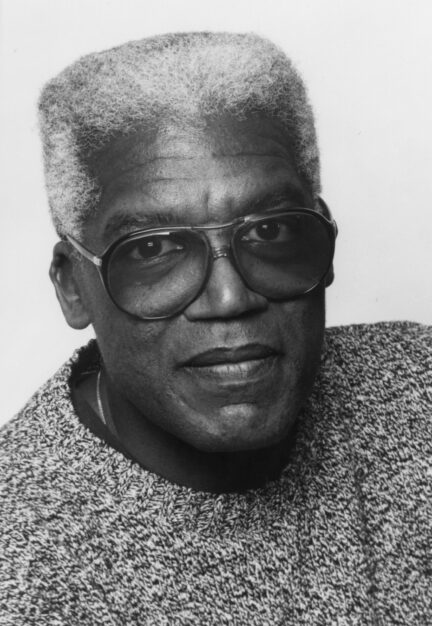 The Columbia College Chicago Theatre Department mourns the passing of former chairperson Paul Carter Harrison, who passed away December 27, 2021, in Atlanta, Georgia, at the age of 85. Harrison, a distinguished playwright, scholar, and teacher, chaired the Columbia College Theatre/Music Department (as it was then known) from its inception in 1976 to 1980. He then served as a faculty member, coordinator of the Theodore Ward Prize for African American playwrights, and resident playwright at the department until he retired in 2002 with the title of Professor Emeritus of Theatre. As a playwright, Harrison won a 1974 Obie Award for Distinguished Play for The Great MacDaddy, produced Off-Broadway by the nationally acclaimed Negro Ensemble Company in 1974 with a cast that included (over the course of its run) Phylicia Rashad, Cleavon Little, Al Freeman Jr., Robert Hooks, and Victor Willis under the direction of NEC co-founder/artistic director Douglas Turner Ward, with original music by composer Coleridge-Taylor Perkinson. In a January 15, 2022, obituary in the New York Times, Clay Risen wrote that The Great MacDaddy “is on the surface a paraphrased retelling of Virgil’s Aeneid, with the hero setting off across the country to find his father’s secret moonshine recipe. But it is also, and more fundamentally, informed by West African myths about a leader being tested — by demons, by departed elders — to prove himself worthy.”

Harrison’s other plays include AmeriCain Gothic, produced Off-Broadway in 1984 at the New Federal Theatre with Sylvia Miles and Moses Gunn costarring under the direction of Woodie King, Jr. Harrison also edited several important anthologies of plays by Black writers, including Kuntu Drama: Plays of the African Continuum (Grove Press, 1974), a collection of plays by such writers as Amiri Baraka and Adrienne Kennedy; Totem Voices: Plays from the Black World Repertory (Grove Press, 1989), a collection of plays by such writers as August Wilson, Ntozake Shange, Derek Walcott, Wole Soyinka, Charles Fuller, and Harrison; and Classic Plays from the Negro Ensemble Company (University of Pittsburgh Press, 1995), an anthology of plays by such writers as Charles Fuller, Lonne Elder III, Phillip Hayes Dean, Samm-Art Williams, Leslie Lee, Joseph Walker, Gus Edwards, Derek Walcott, Judi Ann Mason, and Harrison. His other books include The Drama of Nommo: Black Theatre in the African Continuum (Grove Press, 1973); In the Shadow of the Great White Way: Images from the Black Theatre (Thunder’s Mouth Press, 1989), a visual chronicle of Black American theatre circa 1957-1984 created in collaboration with photographer Bert Andrews; Black Light: The African American Hero (Thunder’s Mouth Press, 1993), a collection of profiles of more than 75 African-American heroes of the 20th century, including Jackie Robinson, Maya Angelou, Muhammad Ali, Toni Morrison, Arthur Ashe, and Alice Walker; and Black Theatre: Ritual Performance in the African Diaspora (Temple University Press, 2002), an anthology of essays by such playwrights as George C. Wolfe, Ntozake Shange, Wole Soyinka, Derek Walcott, and Harrison. His last book, ASHÉ: Ritual Poetics in African Diasporic Expressivity, will be published in March 2022 by Routledge.

Columbia College Theatre Department faculty member Khalid Y. Long, long an admirer of Harrison and his work, says: “Paul Carter Harrison was a pioneer of Black theatre studies. His research ushered in not necessarily a new way of looking at Black theatre, but instead a framework that propelled us, to use his own words, to explore ‘the retention of African memory propounded in the Drama of Nommo by demonstrating the intersection between spiritual invocation and theatrical practice throughout the African Diaspora.’ Paul is a pioneer of theatre studies because he challenged all scholars to think and make theatre beyond Western paradigms. Still, he also challenged us to consider how African diasporic aesthetics influenced theatre and performance in the West. Paul’s work was essential to my early development in Black theatre studies, and I will forever be immensely grateful for the legacy he has left us with.”

Paul Carter Harrison is survived by his wife, Wanda Malone; his daughter, Fonteyn Harrison; and a grandson.