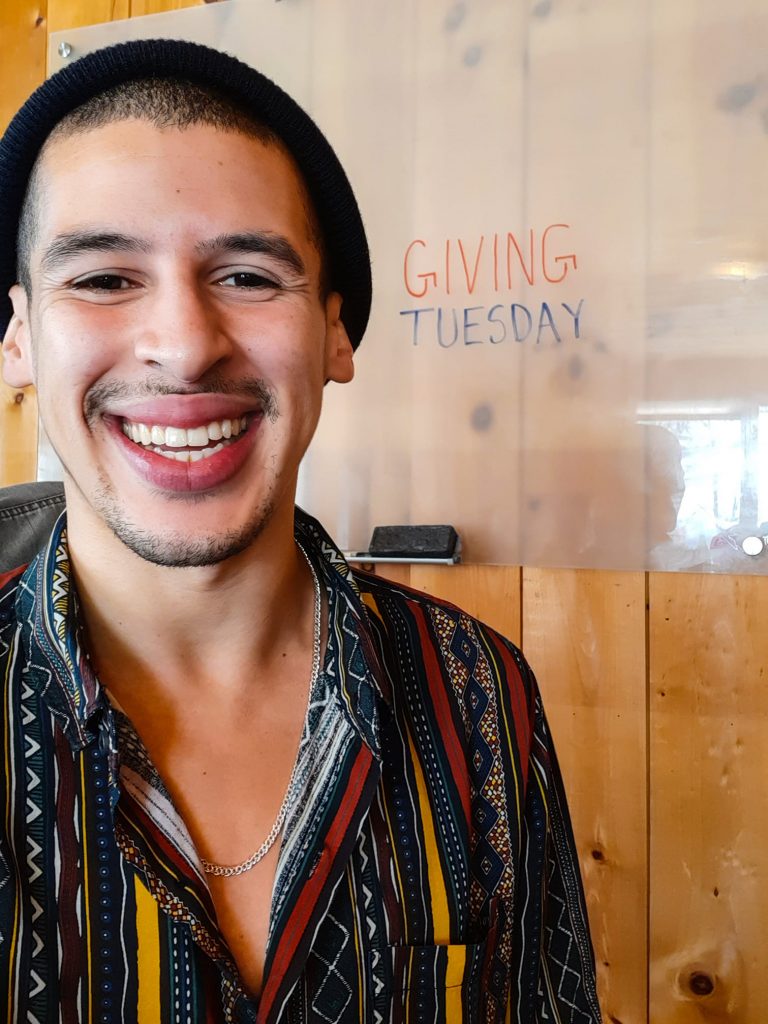 The Columbia College Chicago Theatre Department proudly congratulates alumnus Travis Coe ’15, a graduate of the Theatre Department’s BA Program in Acting, on his appointment as Associate Artistic Director of the Double Edge Theatre, a multigenerational, experimental ensemble located in Ashfield, Massachusetts. Coe is also the youngest company member of Double Edge, whose mission is creating a “living culture” by developing the highest quality of original theatre performance, based on the long-term imaginative work of the actor and his/her interaction with the communities in which the work takes place.” In addition to performing in Double Edge’s ensemble-created touring works, Coe has served as the head of enrollments and co-leader of the company’s art justice program. 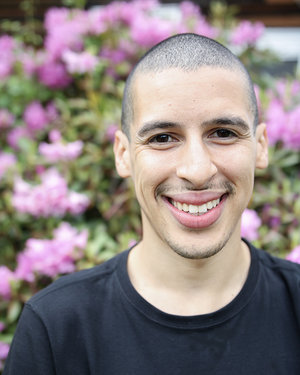 Coe joined Double Edge Theatre in 2016, a year after he first connected with the company as a student at the Columbia College Theatre Department, where Double Edge had a residency in January of 2015. During this residency, Coe and other students worked with Double Edge on the creation of an ensemble-devised performance piece, The Wonderers and Other Stories, which utilized Double Edge’s pedagogy of physical theatre training and research. The innovative production mixed circus and spectacle, vaudeville and clowning, live music and poetic narrative to transport the viewer into the colorful, vibrant world of Mexican artist Frida Kahlo and her contemporaries. Images, text, music, and dance coalesced in a 30-minute pageant vibrating with sound, color, movement and magic inspired by Latin American Magic Realism. 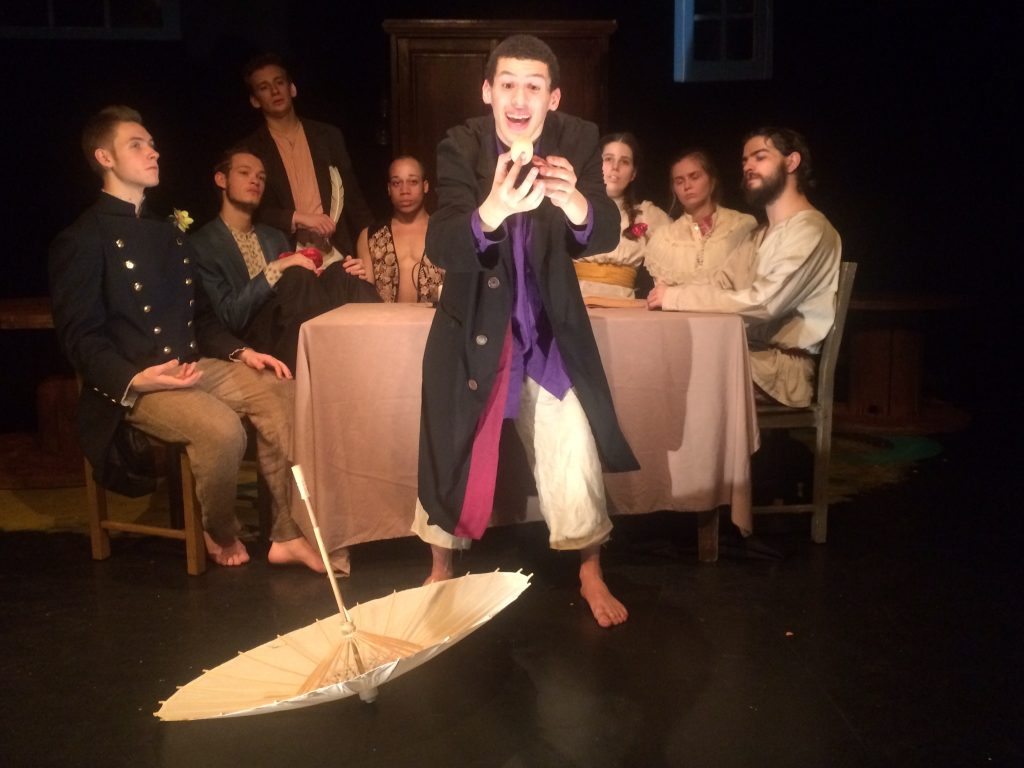 Travis Coe in “The Wonderers and Other Stories” at Columbia College.

The Wonderers and Other Stories was presented as part of the cutting-edge NEU NOW Festival 2015, held in Amsterdam in September of that year and sponsored by the European League of Institutes of the Arts. Appearing as the Room | 916 Collective, the ensemble of Columbia College Theatre students and alumni was the only company of American artists invited to participate in the prestigious and competitive juried international event. 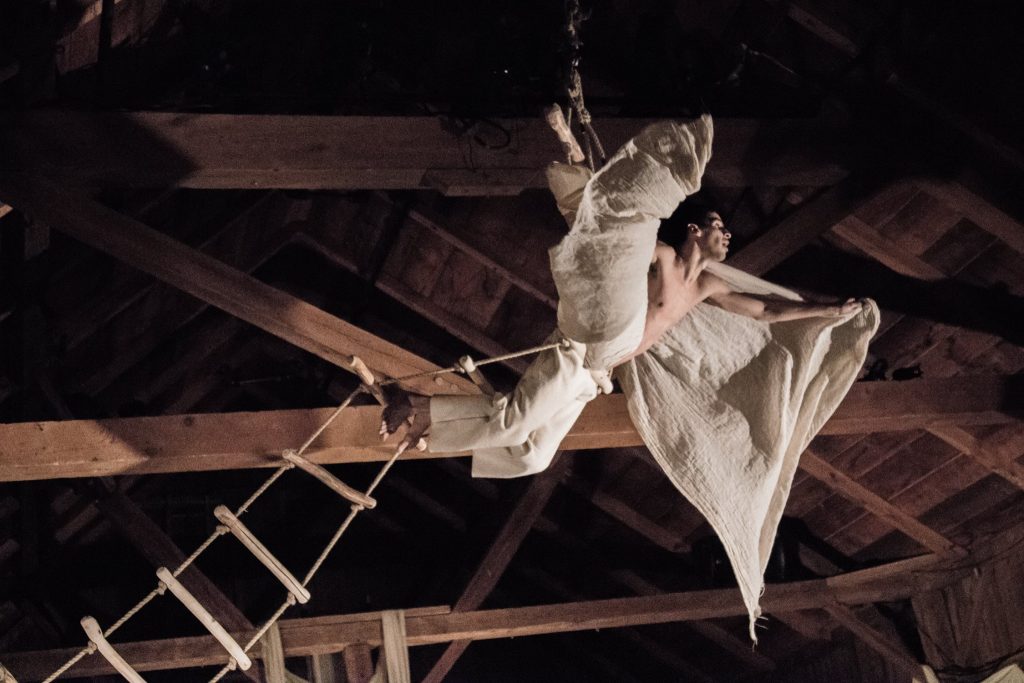 Double Edge Theatre, an artist-run organization, was founded in Boston in 1982 as a feminist ensemble and laboratory of actors’ creative process. The company creates original theatrical performances that are imaginative, imagistic, and visceral. In 1994, Double Edge moved from Boston to a 105-acre former dairy farm in rural Ashfield, Massachusetts, to create a sustainable artistic home. Today, the farm is an International Center of Living Culture and Art Justice, a base for the ensemble’s extensive international touring and community spectacles, with year-round theatre training, performance exchange, conversations and convenings, greening and sustainable farming initiatives. The company creates and performs include indoor performances and site-specific indoor/outdoor traveling spectacles, both of which are developed with collaborating visual and music artists through a long-term process and presented on the farm and on national and international tours.