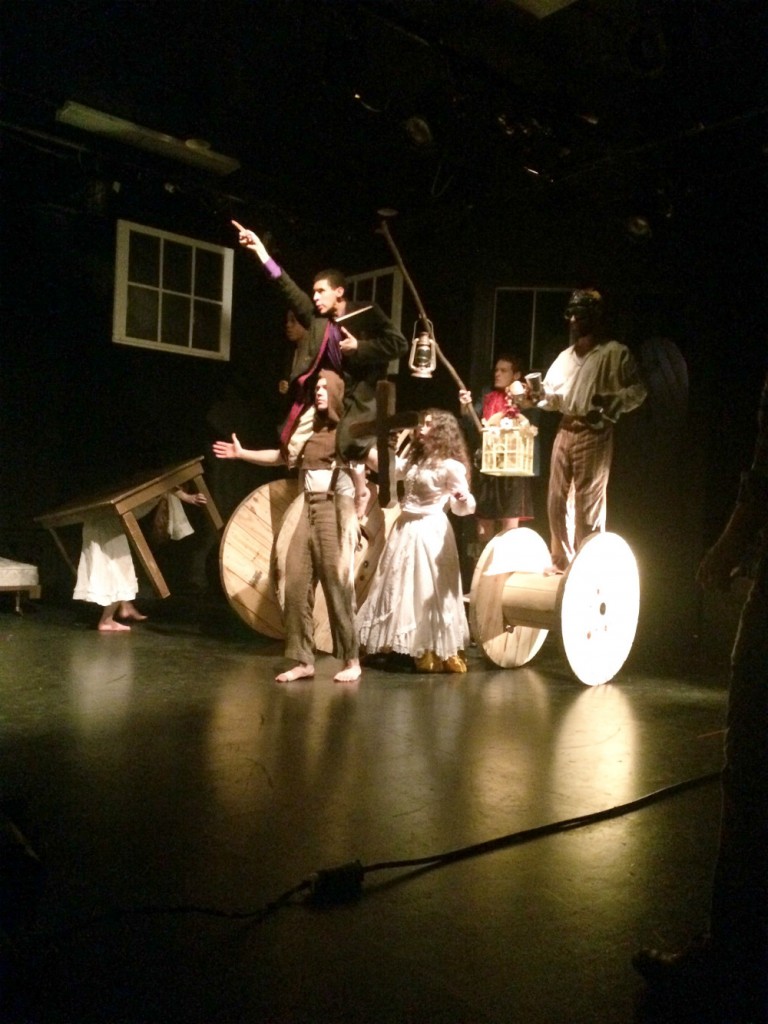 The Columbia College Chicago Theatre Department will be represented in the cutting-edge NEW NOW Festival 2015, sponsored by the European League of Institutes of the Arts. Two devised performance pieces created by Columbia College theatre students and alumni–the only American artists invited to participate in this prestigious and competitive juried international event–have been selected for inclusion in the festival, which runs September 9-13 in Amsterdam. 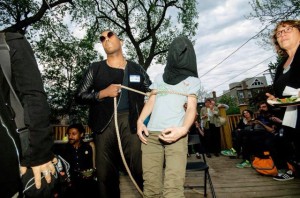 One project, United States of Amnesia, was accepted for the NEW NOW Live Festival, which takes place at Amsterdam’s historic Westergasfabriek culture park. The other, The Wonderers and Other Stories, was selected for the NEW NOW Online Festival, and is being presented online for viewing by an array of artists, presenters, and arts organizations around the world. The two works were created by the Room | 916 Collective, an ensemble of Columbia College theatre alumni and students.

This exciting development comes as the Columbia College Chicago Theatre Department is preparing to launch its first graduate-level training program in the 2016-2017 school year–a Master of Fine Arts in European Devised Performance Practice in partnership with the London International School of Performing Arts (LISPA). The two-year program–the only degree of its kind in America–will offer students the chance to study in three great urban centers of innovative theatrical performance: Berlin, London, and Chicago. More information on the MFA in European Devised Performance Practice will become available later this fall. Meanwhile, people interested in learning about the program may contact coordinator Michael Brown by e-mail at micbrown@colum.edu. United States of Amnesia was created by the Room | 916 Collective for the Spring 2014 Chicago Home Theater Festival, which sponsors transformative art presentations in individuals’ homes and nontraditional performance spaces. The ensemble included alumni Hannah Burt (BA ’15), Will Green (BA ’14), Emma Ladji (BA ’14), Rachel Minkoff (BA ’14), and Dior Stephens (BA ’15) and continuing students Travis Coe, Will Greenburg, and Charlie Haumersen. The work was originally presented in the home of Chicago professor and activist William Ayers. Taking inspiration from his life and activism, the piece was created as a response to growing up in an uncertain American society, examining “what it means to be, among other things; a servant, a child, a soldier, a consumer, and an intellectual in an increasingly violent, paranoid and uncertain American society.” The performance incorporated dance, improv, Plastique work, and original writing.

In addition to presenting United States of Amnesia September 10-13, the Room | 916 Collective has been invited to appear in the NEW NOW Festival‘s opening ceremonies on September 9. The Wonderers and Other Stories was a collaboration facilitated by Matthew Glassman and Hannah Jarrell, artists from the Double Edge Theatre in Ashfield, Massachusetts, during a January 2015 residency at the Columbia College Theatre Department. Created by the ensemble utilizing Double Edge’s pedagogy of physical theatre training and research, The Wonderers and Other Stories mixed circus and spectacle, vaudeville and clowning, live music and poetic narrative to transport the viewer into the colorful, vibrant world of Mexican artist Frida Kahlo and her contemporaries. Images, text, music, and dance coalesced in a 30-minute pageant vibrating with sound, color, movement and magic inspired by Latin American Magic Realism. A sampler video of the production is available here. The Room | 916 Collective will be joined in Amsterdam by Theatre Department Chair John Green and Associate Professor Jeff Ginsberg, coordinator of the Theatre Department’s Acting Program, who facilitated the student projects and then submitted them for consideration by ELIA.

The European League of Institutes of the Arts is the primary independent network organization for higher arts education in Europe. The NEW NOW Festival offers, in ELIA’s words, “an innovative international platform for talented graduating artists (or those who have recently graduated)–coming out of Higher Arts Education Institutions and Universities across Europe and beyond–to present themselves to a wider international audience within a professional arts context. The Festival features the most excellent new artists now entering the professional arts arenas and is an international showcase for emerging creative talent.”