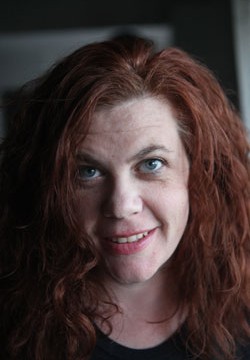 Congratulations to Columbia College Chicago Theatre Department faculty member Heather Gilbert, who won the 2020 Drama Desk Award for Outstanding Lighting Design for a Play. Gilbert, a teacher in the Theatre Department’s Theatre Design Program, was honored for her lighting design for the drama The Sound Inside, which ran on Broadway from September 2019 through mid-January of 2020. The production, presented by Lincoln Center Theatre at Studio 54, marked Gilbert’s Broadway designing debut. As previously reported in this blog, The Sound Inside, by Adam Rapp, concerned a middle-aged teacher (played by Mary-Louise Parker) who instructs a young student to help her commit suicide.

The Sound Inside was directed by former Columbia College Theatre Department student and faculty member David Cromer HDR ’17, winner of the 2018 Tony Award for Best Direction of a Musical for The Band’s Visit and recipient of an Honorary Doctorate of Arts from Columbia College in 2017. Gilbert previously collaborated with Cromer on his acclaimed Off-Broadway staging of the classic drama Our Town in 2009 and on Cromer’s staging of Tracy Letts’ thriller Bug at Chicago’s Steppenwolf Theatre in January of 2020.