Congratulations to the current and former faculty and students of the Columbia College Chicago Theatre Department who were honored with 2019 Joseph Jefferson Awards, Chicago’s top theatre award, at the annual Jeff Awards ceremony on October 21. The winners of this year’s “Equity Jeff Awards,” which honor excellence in Chicago-area theatres operating under Actors’ Equity contracts during the 2018-2019 theatre season, include:

Performer in a Principal Role – Musical: Theatre Department faculty member Barbara Robertson, for her starring role in Firebrand Theatre‘s Chicago premiere of Queen of the Mist.

In addition, Columbia College alums Courtney Mack ’15 and Mallory Maedke ’14, both graduates of the Theatre Department’s BFA Program in Musical Theatre Performance, were in the cast of the rock musical Six at Chicago Shakespeare, which received the Jeff Award for Ensemble-Musical or Revue as well as the Jeff Award for Production of a Musical-Large. And former Theatre Department Acting program student AnJi White was in the cast of For Colored Girls Who Have Considered Suicide/When The Rainbow Is Enuf at Court Theatre, which won the Jeff Award for Ensemble-Play.

And the Jeff Award for Production of a Musical-Midsize went to the Firebrand Theatre/TimeLine Theatre production of Caroline, or Change, which, as previously reported in this blog, was put on with the participation of several Columbia College Theatre Department faculty, alumni, and former students. 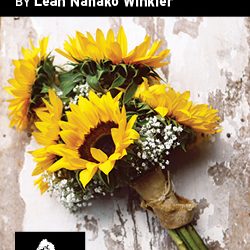