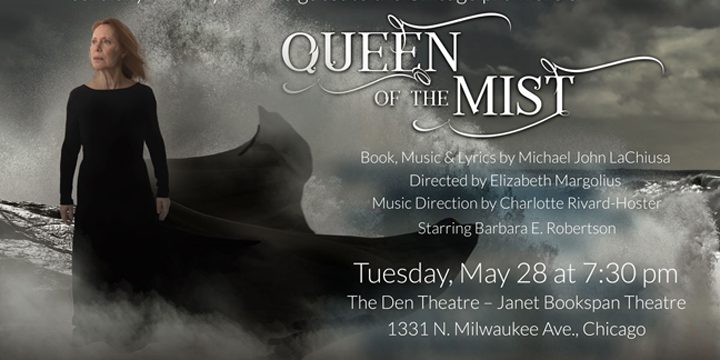 The production team includes Columbia College alums Rose Hamill ’16, a graduate of the Theatre Department’s BA Program in Theatre Technology with a Teaching Artist Minor and a Live and Performing Arts Management Minor, and JC Widman ’14, a graduate of the Theatre Department’s Technical Theatre program. Hamill is the show’s production manager and Widman is the stage manager.

Queen of the Mist is based on the astounding and outrageous true story of Anna (Annie) Edson Taylor, who in 1901 set out to be the first person to go over the Niagara Falls in a barrel of her own design. Navigating both the treacherous Falls and a fickle public with a ravenous appetite for sensationalism, this unconventional heroine vies for her legacy in a world clamoring with swindling managers, assassins, revolutionaries, moralizing family, anarchists and activists. With a soaring score that incorporates turn of the century themes with LaChiusa’s signature complexity and insight, Queen of the Mist is the story of a single great fall, and how one woman risked death so that she could live.