Columbia College Chicago Theatre Department alumnus Rob Colletti ’11, a graduate of the Columbia College Chicago Theatre Department’s BA Program in Acting, will costar in the world premiere of the new musical Almost Famous, running September 13 through October 20 at the Old Globe Theatre in San Diego, California. The show has music by Tom Kitt, whose musical Next to Normal won the 2010 Pulitzer Prize for Drama as well as a Tony Award for Best Original Score. Kitt’s other Broadway credits include the musicals High Fidelity and If/Then. As the show business trade publication Variety notes in its report on the new show, “The Globe is a key testing ground for shows with Broadway ambitions.”

Almost Famous has a book and lyrics by Cameron Crowe, who also wrote and directed the Oscar-winning film on which the show is based. Crowe based the story on his own experience as a young writer for Rolling Stone magazine.

Colletti costars as Lester Bangs, the veteran rock critic who helps the young writer launch his career — a role played in the 2000 film by Philip Seymour Hoffman.

As reported previously in this blog, Colletti previously starred in the national touring company of the Broadway hit School of Rock, playing a wannabe rock star who decides to earn a few extra bucks by posing as a substitute teacher at a prestigious prep school — a role played on the screen by Jack Black. Colletti‘s professional credits also include the Broadway and national touring companies of The Book of Mormon, in which he played the leading role of “Elder Cunningham. While still a student at Columbia, he also studied in the Comedy Studies program at The Second City and. appeared in The Original Grease at the American Theater Company in Chicago, which restored material from the original 1971 Chicago production of Grease that had been cut from the show’s 1972 Broadway version. The Original Grease was created with the participation of Grease‘s coauthor Jim Jacobs, benefactor of the Jim Jacobs Musical Theatre Scholarship at Columbia College Chicago. 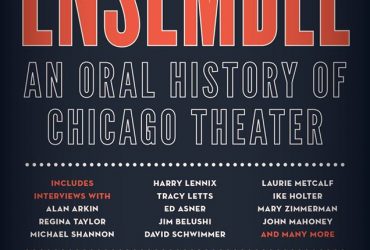