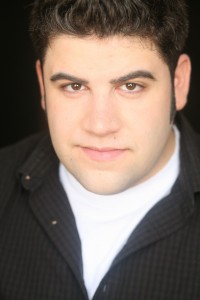 Columbia College Chicago Theatre Department alumnus Rob Colletti is back in Chicago with the national company of The Book of Mormon, running February 25-May 17 at the Bank of America Theatre. Rob, who’s now based in New York, is the standby for the leading role of “Elder Cunningham” in the hit musical comedy–a role Rob has played in the show’s long-running Broadway production.

Rob, who hails from the Chicago suburb of Glen Ellyn, is 2011 graduate of Columbia College (BA, Theatre/Acting). While at Columbia, he also studied in the comedy studies program at The Second City. His professional credits include The Original Grease in 2011 at the American Theater Company in Chicago. That production restored material from the original 1971 Chicago production of Grease that had been cut from the show’s 1972 Broadway version. The Original Grease was created with the participation of Grease‘s coauthor Jim Jacobs, benefactor of the Jim Jacobs Musical Theatre Scholarship at Columbia College Chicago.

Rob joined the Book of Mormon company during the show’s first, record-breaking Chicago run in 2012-2013, following his run in The Original Grease. In an e-mail to this blog, Rob recalled:

“I began auditioning for The Book of Mormon in the fall of 2011, was cast in the spring of 2012, and started rehearsing with the Original Chicago/2nd National Tour production in the fall of 2012 in New York. The audition process began in Chicago at the Equity office. It started with a basic call of auditions over the course of a week, and culminated in a few callbacks for the full creative team in New York beginning in November of 2011 and finishing in the final week of January 2012. I was initially cast as the original Elder Cunningham Standby for Ben Platt. We began rehearsals in October of 2012 (during Hurricane Sandy) and flew to Chicago for tech in the beginning of that December. We opened to rave reviews on December 19, 2012 and ran for 10 months (over 430 performances) at the Bank of America Theater in Chicago. . . .

“When we left Chicago, Ben Platt was transferred to the Broadway company and I remained on the National Tour as the first Cunningham cover. We left Chicago for Omaha (10 days), Denver (5 weeks), San Francisco (8 weeks) and Los Angeles (4 months). In March, my agent called me and asked me if I’d like to go to Broadway for 3 months to cover Ben Platt again as Cunningham. I, of course, agreed and headed to New York as an official cast member.”
When Ben Platt took a leave of absence from the show, Rob made his Broadway debut as Elder Cunningham in The Book of Mormon at the Eugene O’Neill Theatre on June 24, 2014.
“In my time with the show I’ve performed dozens of times for crowds ranging from as few as 1,200 (at the Eugene O’Neill on Broadway) to over 3,000 people (at the Pantages in Los Angeles). I’ve been with the show for over 2 years now and I have played the role both on Broadway and on the National Tour nearly 75 times. Since the Chicago production began, I have been a cast member for almost 1,000 shows and counting,” said Rob, who was recently profiled in the suburban Daily Herald newspaper.
One of Rob’s happiest memories from New York was when he represented the Book of Mormon company at the 2014 Tony Awards ceremony at Radio City Music Hall. Also in attendance was his former Columbia College classmate, alumnus Josh Salt, then working as the understudy to Daniel Radcliffe in the Broadway production of The Cripple of Inishmaan. Rob and Josh had appeared together at Columbia in a mainstage production Of Mice and Men, directed by faculty member and noted Chicago director Jonathan Berry. 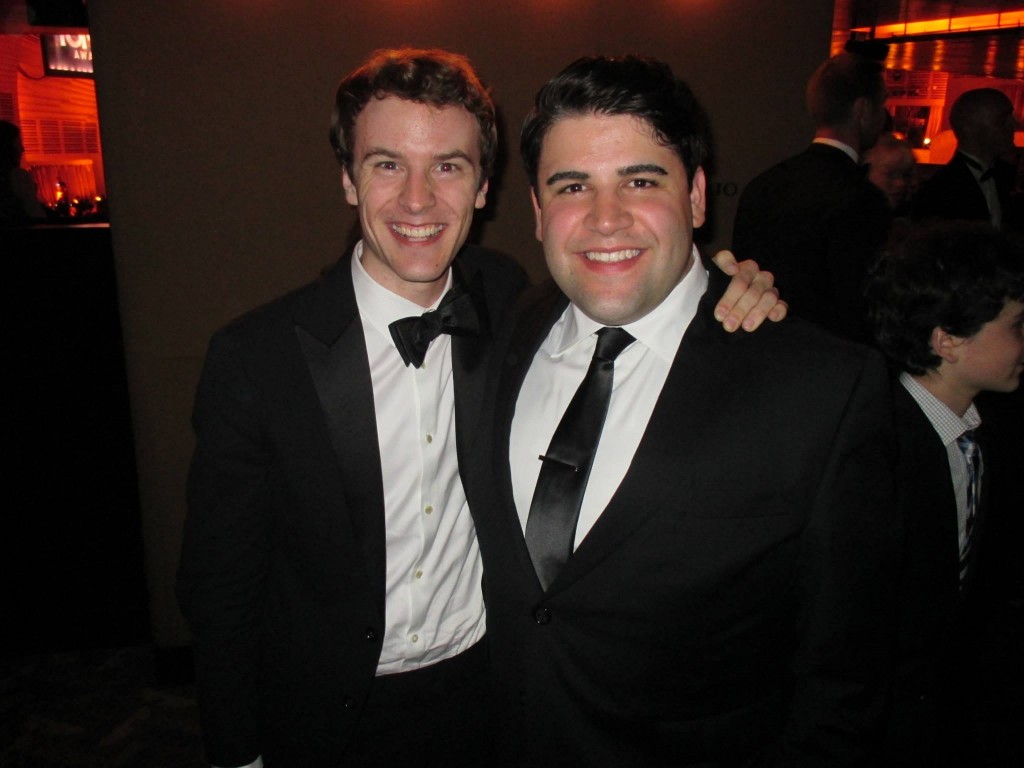 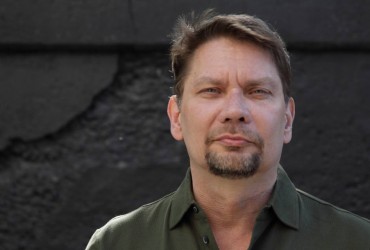