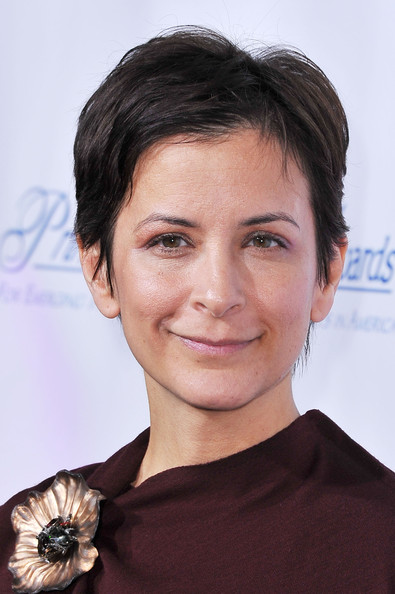 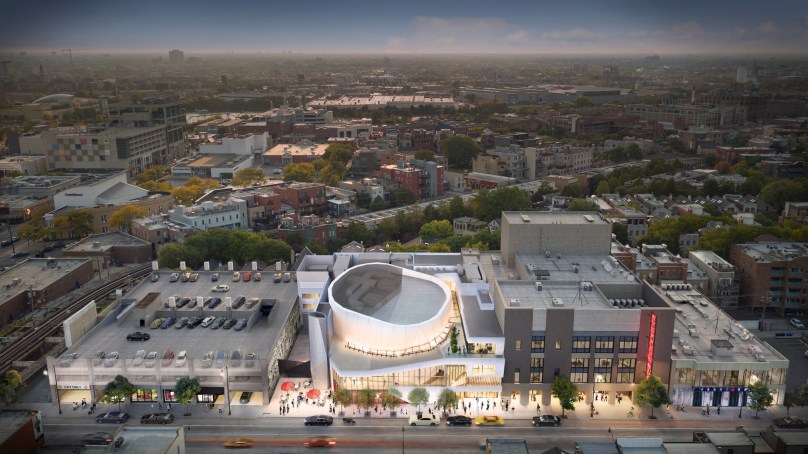 On Tuesday, March 5, 2019, Shapiro announced Steppenwolf’s exciting plan to build a new multi-use venue next to its current space in the 1600 block of North Halsted Street, in Chicago’s Lincoln Park neighborhood. The news was reported by Columbia College Theatre Department alumnus Jason Epperson ’14, a graduate of the Theatre Department’s Theatre Design BA program, in the trade publication PerformInk, which Epperson publishes. Wrote Epperson: “Slated to open in the summer of 2021, the new 50,000 sq. ft building will be located at 1646 N. Halsted between the existing parking garage (which will remain) and the main theatre building. It features a 400-seat in-the-round theatre only six rows deep—the only such space in Chicago—a dedicated education floor, an open two-story atrium lobby, and a wine bar and a sidewalk lounge. The new building will also house Steppenwolf’s costume shop and other updated production amenities.”

“This is a monumental moment for us that is more than two decades in the making—built on the shoulders of the former leaders, the ensemble, the board, and the staff who have touched this project and together have made this vision a reality,” said Shapiro — who received an honorary Doctorate of Arts from Columbia College when she spoke at Columbia’s commencement ceremony in 2015 — in announcing the building project. “Steppenwolf is first and foremost a Chicago theatre and that understanding has guided the design of every inch of the building. Our company’s role is to create experiences that are in conversation with the diverse life of our hometown and that motivate youth and adults toward participating in a future that is aware, connected and inclusive. As the home for an ensemble of theatre artists who are widely talented and working throughout the world, we must be a place that cultivates the range of their voices and makes it exciting for them to come back to do their best, most important work. We must be able to provide that through not just the art that we make but the spaces we create: brave, beautiful, compassionate, inclusive.”

The new building will include a dedicated education center, which “will allow us to place education at the heart of our mission,” according to Steppenwolf executive director David Schmitz. According to PerformInk’s Jason Epperson, “The immersive learning space, with skyline views of Chicago, boasts three classroom, workshop and event spaces. The School at Steppenwolf for aspiring actors will also be housed in this space.” The School at Steppenwolf is the theatre’s professional summer conservatory program, co-founded by the Columbia College Theatre Department’s late longtime chairperson, Sheldon Patinkin.

Here is a promotional video from Steppenwolf’s website, offering a virtual tour of the proposed new venue: