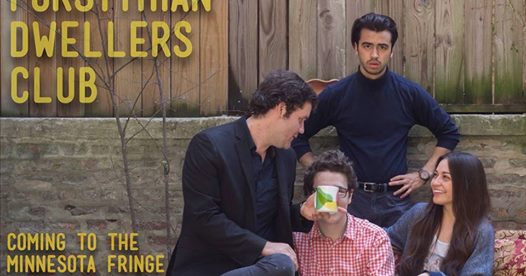 The Bittersweet Arts Company, an ensemble formed by Columbia College Chicago Theatre Department and Columbia College Chicago Music Department alumni, is taking its first full-length production to the Minnesota Fringe Festival in August, and is presenting a two-night preview run of the show in Chicago prior to its trip north. Called Forsythian Dweller’s Club, the play premiered in Chicago last December (as reported previously in this blog). Performances are Sunday, July 29, at 7 PM and Monday, July 30, at 8 PM at The Frontier, the storefront space operated by Jackalope Theatre Company at 1106 W. Thorndale in Chicago’s Edgewater Theatre District. 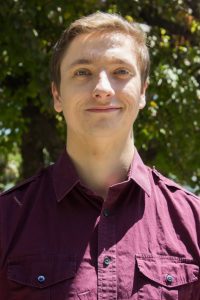 Written by Columbia College alum Alex Fortune ’17 — a graduate of the Columbia College Theatre Department’s BA Program in Musical Theatre with a Minor in Playwriting —  Forsythian Dweller’s Club chronicles a strange encounter between the staff of a literary magazine and a mysterious brand consultant who seeks to elevate their brand to the next level, transforming an otherwise normal meeting into a test of how far an idea can go; it’s media content to total branding to cult in the blink of an eye.