Columbia College Chicago Theatre Department alums are on the production team for The Opportunities of Extinction, presented June 1 through 30 by the Broken Nose Theatre. 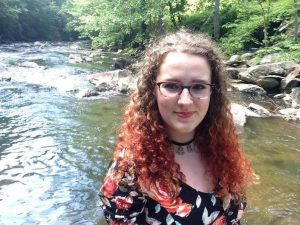 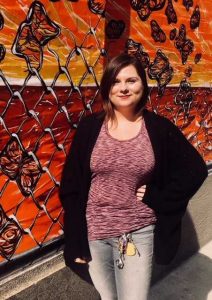 The production team includes Columbia College alums Devon Green ’18 and Therese Ritchie ’18, both graduates of the Theatre Department‘s BA Program in Theatre Design. Green is the show’s scenic and props designer, and Ritchie is Green’s assistant. In addition, Columbia College alum Rose Hamill ’16, a graduate of the Theatre Department’s BA Program in Theatre Technology with a Teaching Artist Minor and a Live and Performing Arts Management Minor, is the show’s production manager as well as Broken Nose’s company manager.

As reported previously in this blog, Broken Nose Theatre is the recipient of the 2018 Broadway In Chicago Emerging Theatre Award from the League of Chicago Theatres. Founded in 2012, Broken Nose Theatre is Chicago’s premier “Pay-What-You-Can” organization, allowing patrons to set their own ticket price to ensure that theatre remains accessible to all audiences, regardless of socioeconomic status. The company develops and produces new work that amplifies underrepresented voices, cultivates empathy, sparks conversation, and provides opportunities for a diverse array of artists both on and off the stage. The values driving its artistic work are economic accessibility, inclusivity, representation, collaboration, conversation, and immediacy.

The Opportunities of Extinction performs at the Den Theatre, 1331 N. Milwaukee, in Chicago’s Wicker Park neighborhood. Tickets for all Broken Nose Theatre productions are available on a “pay-what-you-can” basis. For tickets, click here.

The play concerns three people in the Mojave Desert: a couple fleeing a social media firestorm and a young woman obsessed with the oncoming impact of climate change. As the world heats up, tensions rise, and the political becomes indistinguishable from the environmental, these three find one another in the shadow of the endangered Joshua tree, wondering how long they have before everything falls apart.