Columbia alumna Aayisha Humphrey ’13, a graduate of the Theatre Department’s BA Program in Acting received the Phylicia Rashad Award for Most Promising Actress for her performance in A Hedda Gabler with Red Tape Theatre. 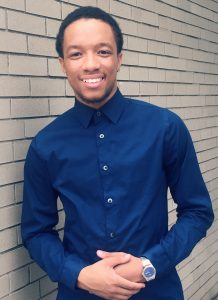 The Black Theater Alliance Awards were established in 1995 by Columbia College Chicago alumnus Vincent Williams ’03, a graduate of the BA Program in Performing Arts Management from what is now the Columbia College Chicago Business and Entrepreneurship Department. The awards were founded to honor African Americans who achieve excellence in theater, dance, and all areas of the performing arts in the Chicagoland area. The 2017 awards recognize Chicago-area stage productions produced and presented between August 1, 2016, and July 31, 2017. The awards also pay homage to Ira Aldridge (1807-1867), an African American actor famed for his performances in Shakespearean roles in Europe.