Faculty, students, and alumni from the Columbia College Chicago Theatre Department are traveling to the Edinburgh Festival Fringe in Scotland — the world’s largest annual arts festival — with the comedy Our Christian Nation, a satirical look at what the U.S. would look like if the extreme Christian Right got everything they wanted. As the show’s author, Columbia College Theatre Department teacher Joe Janes, puts it: “a world where children only get homeschool lessons with religious revisions, privatization is rampant, being poor is a crime, insurance is only for those who can afford it, women have very few rights, and conversion therapy camps are as normal as the Boy Scouts.”

Our Christian Nation will be presented at the Edinburgh Festival Fringe August 4-12. As a warmup, the show will be performed at two Chicago comedy venues the weekend of July 21 and 22. On Friday, July 21, the show plays at 7:30 PM at the MCL Comedy Theatre, 3110 N Sheffield, and on Saturday, July 22, there’s a 10:30 PM performance at the Playground Theatre, 3209 N. Halsted. (Both theatres are located in the Belmont Theatre District in Chicago’s Lakeview neighborhood.) Tickets for both performances are $10. For tickets, call 773-531-1792.

As reported previously in this blog, Our Christian Nation premiered earlier this year at the Cornservatory in Chicago. 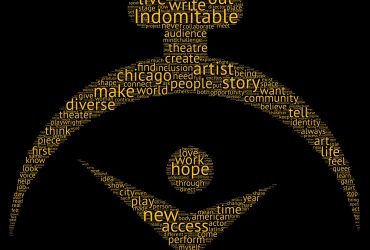