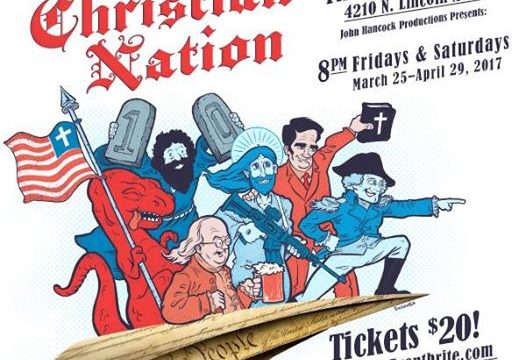 Faculty, students, and alumni from the Columbia College Chicago Theatre Department are pooling their talents for the new satirical comedy Our Christian Nation, running March 24-April 29 at the Cornservatory, 4210 N. Lincoln, Chicago.

With 15 actors portraying 40 characters, Our Christian Nation covers a wide range of story lessons examining what the USA would look like if the extreme Christian right got everything they wanted, says Janes: “a world where children only get homeschool lessons with religious revisions, privatization is rampant, being poor is a crime, insurance is only for those who can afford it, women have very few rights, and conversion therapy camps are as normal as the Boy Scouts.”