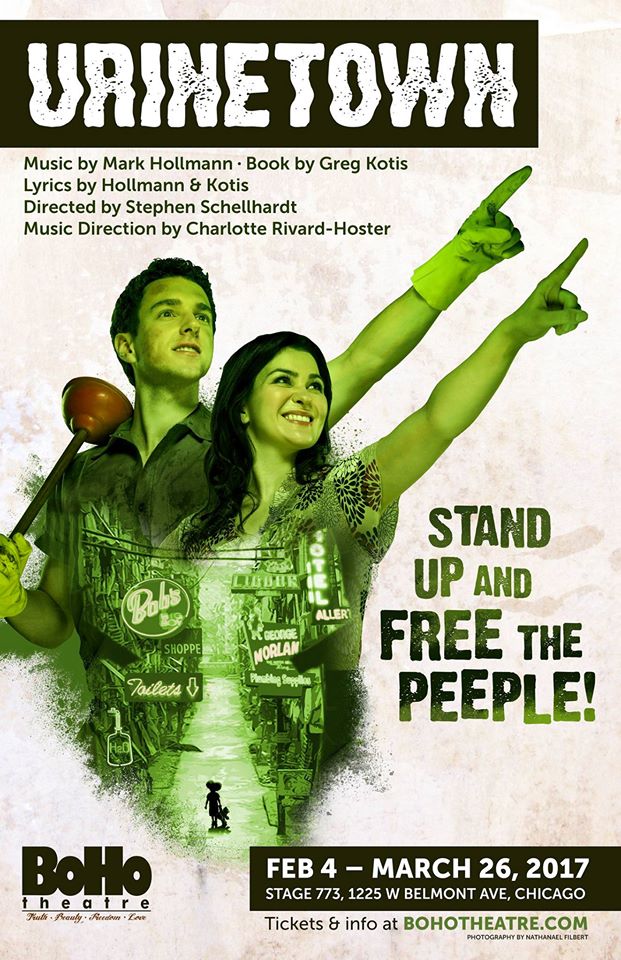 The show is set in a Gotham-like city, where a terrible water shortage has led to a government-enforced ban on private toilets. The citizens must use public amenities, regulated by a single malevolent company that profits by charging admission for one of humanity’s most basic needs. Mack plays revolutionary leader Hope Cladwell, the daughter of the greedy head of the water-control corporation. At a time when private companies are controlling more and more of our daily lives and faith in elected officials is at historic lows, Urinetown challenges both institutions with irreverently humorous satire. 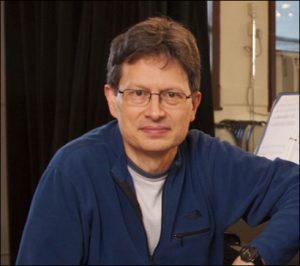 Mark Hollmann, who composed the show’s music and cowrote the lyrics with librettist Kotis, is a former faculty member of the Columbia College Chicago Music Department. Hollmann was also a student of the Music Department’s late founding chairperson, composer William Russo.

As reported previously in this blog, Courtney Mack won the 2016 Joseph Jefferson Award (Chicago’s top theatrical prize) for Actress in a Principal Role in a Musical for her lead performance in the Chicago premiere of Heathers. She was also highlighted as one of the “Hot New Faces of Chicago Theatre 2016” by the Chicago Tribune. Last year she costarred as skater Nancy Kerrigan in Tonya & Nancy: The Rock Opera. 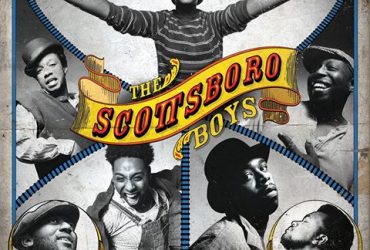