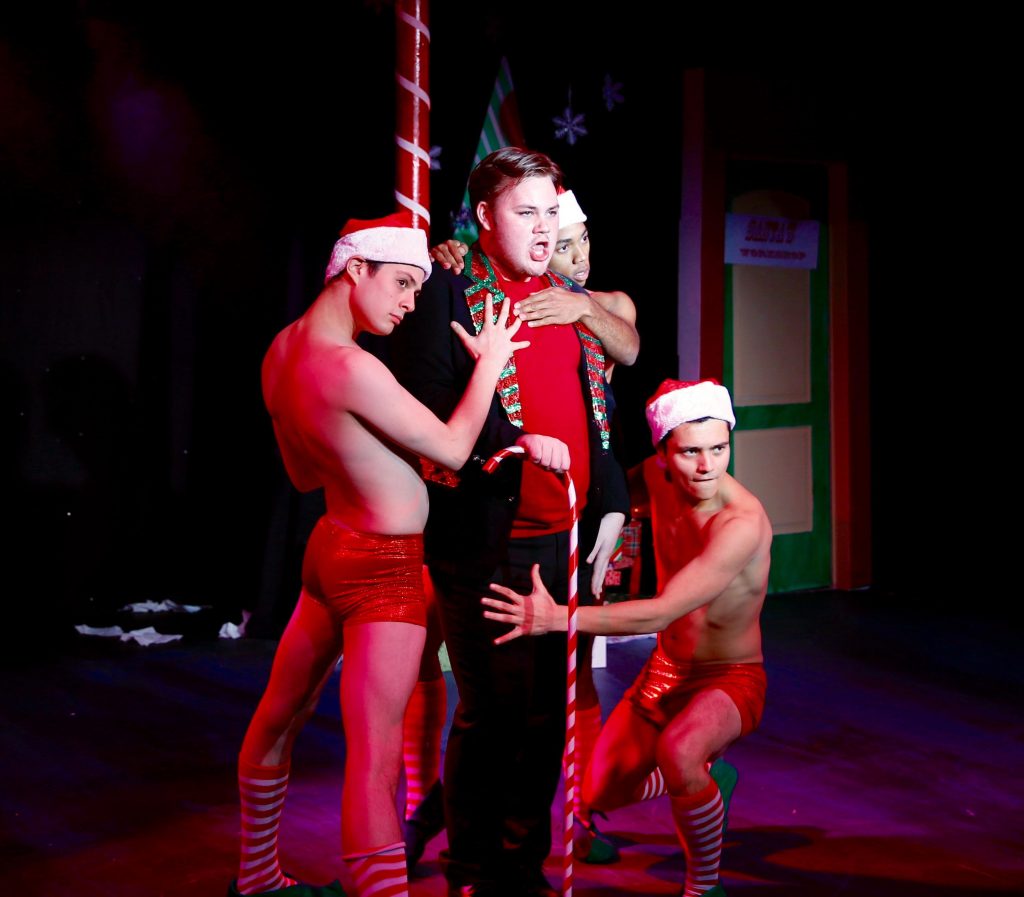 Jonathan Parker Jackson, a junior in the Columbia College Chicago Theatre Department‘s BFA Program in Musical Theatre Performance, is featured in Barney the Elf, a holiday musical presented by The Other Theatre Company at the Greenhouse Theater Center, 2257 N. Lincoln, Chicago.  Ave. The show, a queer parody of Elf, opens Dec. 1 and runs through Jan. 1. In this campy spoof, Santa Claus’ wicked son Junior, played by Jackson, takes over from his father and begins a not-so-jolly reign as the new head of Christmas. The North Pole begins to crumble under his tyrannical rule, and Barney the Elf is forced to leave his home.  For tickets, click here.