“A new generation of performing artists is changing the landscape of modern theatre.” The Columbia College Chicago Theatre Department is expanding its international studies activities by launching its first-ever graduate-level training program in the 2016-2017 school year—a Master of Fine Arts in European Devised Performance Practice in partnership with the cutting-edge London International School of Performing Arts (LISPA). The two-year program–the only degree of its kind in America–will offer students the chance to study in three great urban centers of innovative theatrical performance: Berlin, London, and Chicago. 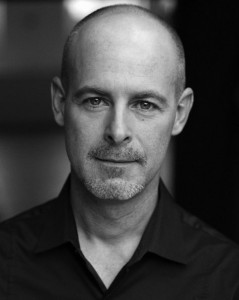 Michael Brown, the MFA program’s director, is a graduate of LISPA and taught there for nine years; formerly from Austin, Texas, he returned to the U.S. last year to take the reins of Columbia’s new program. “LISPA’s strength is a focused and deep training in devised performance–a highly collaborative, physical style that starts from the individual body of each artist and the collective imagination of the whole ensemble,” says Brown. “Columbia’s strength lies in its diverse arts and communications programming. Our students have the chance to collaborate across many disciplines–not only Theatre but Cinema, Audio Arts, Music, and Dance as well as Business & Entrepreneurship–with substantial resources to support those collaborations, allowing the evolving concept of devised performance to flourish in an ever richer way.”

Though grounded in European devised performance practice, the MFA program is very much shaped by its home base at Columbia College Chicago. “It’s a two-year program,” says Brown. “Students spend the first year in Europe–Berlin and London–and the second year in Chicago. We chose to focus the second year of the program in Chicago purposely to encourage ensembles born out of this training to emerge and remain here.” Besides training in performance practice, the program will emphasize students’ ability to apply their skills to career options within the performing arts and related disciplines such as teaching, community outreach, and arts therapies.

LISPA was founded in 2003 by Thomas Prattki, former pedagogical director of the École Internationale de Theatre Jacques Lecoq in Paris. In a note posted on LISPA’s website, Prattki writes: “A new generation of performing artists is changing the landscape of modern theatre. The idea of the performer as the creator of her or his own work is no longer a fringe phenomenon, but an influential international movement [driven by] the visions of performing artists who want to actively participate in the creation of the theatre of tomorrow.” This is a vision strongly shared by Columbia College Chicago, whose mission statement stresses its aim to “educate students who will communicate creatively and shape the public’s perceptions of issues and events and who will author the culture of their times.”

“With the MFA in European Devised Performance Practice we have created a truly unique degree in direct response to the emergence of physically-based, devised work as an essential element of contemporary international theatre practice,” says John Green, Chair of the Columbia College Chicago Theatre Department. “In part the degree has been created in response to the enthusiasm of our undergraduate students who have been inspired by their exposure to international theatre work presented in Chicago at the Museum of Contemporary Art and Chicago Shakespeare Theater, and abroad at the London International Mime Festival, and through extended workshops with American companies such as Double Edge Theatre. Our goal, in partnership with LISPA, is to establish Columbia College Chicago as a center for practice-based research in the fields of physical theatre and devised performance.”

More information on the Columbia College Chicago Theatre Department’s MFA in European Devised Performance Practice will become available later this summer. Meanwhile, people interested in learning about the program may contact Michael Brown by e-mail at micbrown@colum.edu.
“The idea of the performer as the creator of her or his own work is no longer a fringe phenomenon, but an influential international movement.”
Previous Article (VIDEO) Anna D. Shapiro and David Cromer Speak to Columbia College Chicago Theatre Graduates at 2015 Commencement