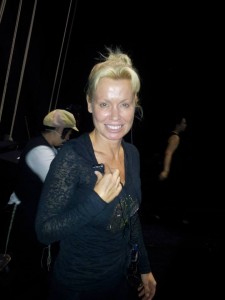 The production is dedicated to the memory of Sheldon Patinkin, who was Chair of the Columbia College Chicago Theatre Department when Gitter was a student. The program notes for Hauptmann quote Patinkin as saying: “Amber, when you make mistakes, you make the big ones.”

Hauptmann will be performed in Tel Aviv at two different venues: at the ZOA House on on March 17 and 26 and at the Arab-Hebrew Theater on March 19.

Hauptmann recounts the case of Bruno Richard Hauptmann, the German immigrant convicted of kidnapping and killing the infant son of American aviator Charles Lindbergh in 1932. The play’s author, John Logan, went on to write the Tony Award-winning play Red as well as the screenplays for such films as Gladiator, The Aviator, and Sweeney Todd. 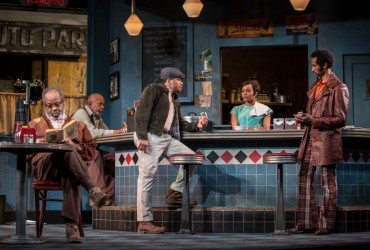