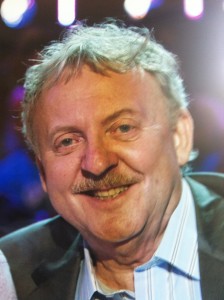 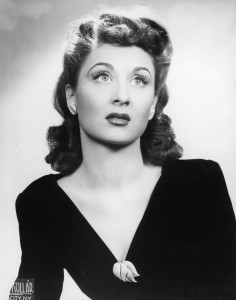 The Jim Jacobs Musical Theatre Scholarship was established in 2013 by veteran Chicago writer-performer Jim Jacobs, coauthor of the hit musical Grease. The scholarship is available to students entering their Senior year at Columbia, and is based on academic achievement, accomplishment in Musical Theatre, and financial need. Though Jim Jacobs now resides in California, his ties to Chicago and to Columbia College remain deep and strong. When he established this scholarship, he said: “Every child, growing up, has a dream of what they’re going to be someday. I dreamed of being an actor, a singer, a dancer–a performer. I kept thinking and saying to myself, ‘Give me a chance, I know I can do it. I really can.’ And so, here I am, many years later and extremely happy to be able to give some young person the chance he or she needs. This is for those students who once thought that what they were thinking about, most of the time, was an impossible dream.”

The Betty Garrett Musical Theatre Scholarship is named in honor of the late Betty Garrett, a star of stage and screen musicals including the MGM classic On the Town. The scholarship was established when Ms. Garrett appeared at the Getz Theatre of Columbia College Chicago in 1998 with an evening of reminiscences about her life and career. In addition to her work as a performer, Ms. Garrett was a dedicated teacher devoted to nurturing young talent. The Betty Garrett Musical Theatre Scholarship is available to students in their first year of enrollment at Columbia. The award is based on academic achievement and/or accomplishment in the Musical Theatre Program.

Oklahoma! has a book and lyrics by Oscar Hammerstein II and music by Richard Rodgers. It is directed by Assistant Professor of Theatre Ashton Byrum, with musical direction by faculty member Philip Caldwell and choreography by faculty member Courtney Ring. Click here for schedule and ticket information. 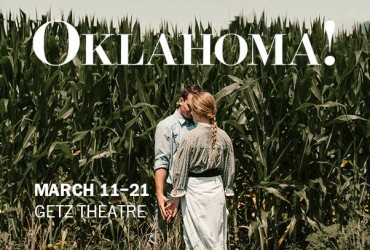